It’s easy to overlook and demean an actor in the vein of Brad Pitt, as his life outside of film is just as colourful and well known as any of his roles on screen. What many forget and underestimate however is just how many films in Pitt’s career are bona-fide classics, a statement easily backed up by fact that Pitt stars in no less than 6 movies listed by users on the IMDB Top 250, countless success at the Box Office the world over and various awards for many of his films.

In an industry that is extremely finicky in regards to longevity Pitt has survived the test of time with very few of his films considered out and out duds – the less said about The Mexican and Meet Joe Black the better! Having a purple patch from the mid 1990’s to the early 2000’s and then again in the late 2000’s to now with his passion project 12 Years a Slave becoming both a critical and commercial hit and a film of the highest order.

Balancing on the line between important smaller pictures and big budget blockbuster fare, picking a list of the 10 best Pitt films is a hard task and one that leaves many a quality film sadly on the outer; in particular 12 Years a Slave which due to an incredibly small on screen part for Pitt just couldn’t be included. This below list will hopefully display the fantastic career Pitt has had so far and will hopefully continue to have heading into the future, and once more, as stated in other actor top 10’s, this list is not based on Pitt’s performances alone but the films as a whole.

OK I know this is a top 10 but when it got down to these two films I found it impossible to leave either one or the other out. In Legends of the Fall we have a grand and sweeping epic that is hugely entertaining and heartfelt while Moneyball is a sports movie that transcends it’s genre’s limitations and becomes something much more thanks to its great script and fantastic cast led by Pitt himself.

Undoubtedly featuring a cameo-like yet great performance by Pitt, 12 Monkeys is a fantastic sci-fi that features director Terry Gilliam at his very wacky best and Bruce Willis on top of his game before he turned into a self-lampooning bore. A trip to weirdsville yet one you’ll want to revisit more and more.

No doubt in my mind that this is a controversial pick, but I refuse to back down from the fact that Killing Them Softly is a movie that succeeds in conforming to no one and nothing and a movie that in all its glumness and male centric dialogue shines as a stark and believable examination on the United States of America. A harsh and confronting drama/thriller that showcases the talents of Pitt and Australian director Andrew Dominik.

Teaming up with mastermind Quintin Tarantino for the first and hopefully not last time, Pitt delivers a wickedly fun and memorable turn as scalp loving Lt. Raine. Inglorious is a film filled with such rich and rewarding dialogue and a cast so on top of their games that it’s impossible to find fault in. WW2 on film has never been this over the top and weirdly fun.

While your unlikely to understand half the dialogue featured in the film there is no denying that Snatch is a comedy caper unlike any other. Guy Ritchie’s direction has never been better and snappier and in a top notch cast Pitt (whose story of getting cast in this film is well worth reading up on) shines as his memorable and loveable gypsy boxer Mickey O’Neill, the only question really worth asking about this is “Do you like daggs?”

Creating quite the stir upon release, Seven to this day continues to repulse, intrigue and affect those that watch it and is a film that features an eerily ominous atmosphere that while many try to copy has yet to be matched. Featuring the grand pairing of Pitt alongside Morgan Freeman and a villain that must surely be near the top of the most evil and calculated in cinema history, Seven is a thriller of the highest order. Read our classic review here.

Again collaborating with David Fincher in this adaptation of F. Scott Fitzgerald’s seemingly un-filmable short story, Benjamin Button is a film that while whimsical and in many ways fanciful is a love story for the ages that features ground-breaking special effects work and one of Pitt’s most difficult and full formed turns as a man who ages in reverse.

A divisive movie for many yet for those that embrace it a heart-warming and stunningly artistic meditation on life, death and love. Reclusive director Terrence Malik’s Palme d’Or winning opus is a completely original film making experience that will continue to inspire and touch those that fall under its undeniable spell.

Teaming up with David Fincher for the 2nd time proved to be one of the best moves of Pitt’s career in what turned out to be a film that transcended its original box office failings and became the cult classic that it is today. Filled with humour, smarts and savagery, Fight Club is a gut punch of a movie that shuns normality and embraces the wild side of filmmaking. A true classic that sits proudly at number 10 on the IMDB Top 250.

1. The Assassination Of Jesse James by the Coward Robert Ford (2007)

A haunting and beautifully made western unlike any other before or since Assassination might in fact be Casey Affleck’s movie but Pitt delivers a deep and heartbreaking turn as the doomed Jesse James. Australian director Andrew Dominik’s film was underrated upon release but has since proven to be a film many are still discovering and a film that rewards on so many different levels. If you’ve yet to see this gem stop reading now and grab yourself a copy. 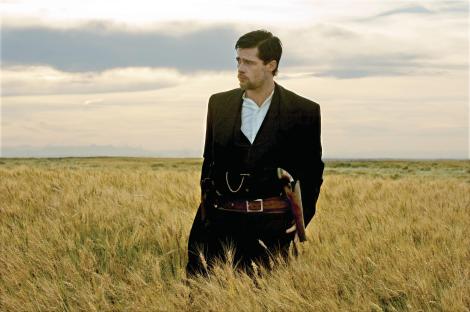 For our other actor Top 10’s see below –

How does this list compare to your favourite Pitt films? A little bemused by not the slightest mention of Ocean’s Eleven and did True Romance get robbed of a place? Let us know in the comments below. 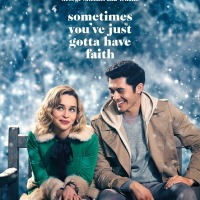 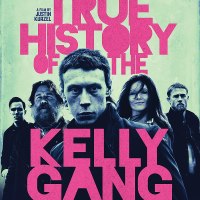 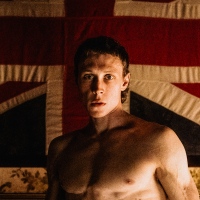 Review and Repeat: An Introverts Guide to Exploring New Worlds
Escape into Cinema

Forgetting reality at 24 frames per second

movies and pop culture from another point of view

half asleep in the Empire of Chaos

a film-maker, I guess

The Official page of Anika Arrington. I write things. Some of them end up here.

The Online Journal of a Professional Musician, Film Critic and Accidental Urban Farmer

Horror and cult reviews and interviews for weirdos like you