Plot – FedEx executive Chuck Noland (Hanks) is left stranded on a deserted island when the plane he was on crashed somewhere over the Pacific Ocean. Driven by his desire to return home to his girlfriend Kelly (Hunt), Chuck battles to stay alive while plotting a way to get off the island.

“I know what I have to do now. I gotta keep breathing. Because tomorrow the sun will rise. Who knows what the tide could bring?”

If you ever needed proof that one actor can carry and engage the audience through a film for a large portion of its runtime then Cast Away is the film you’re seeking, as well as being proof also that films can make you genuinely have feelings towards an inanimate object like a volleyball (no that’s not tears, I’ve just been cutting onions).

While it’s seeped into pop culture with such grand moments as its Wilson orchestrated farewell, the re-teaming of Forrest Gump duo Tom Hanks and its director Robert Zemeckis is one of cinema’s great (largely) one man shows and one of the quintessential survival stories of movie history.

Doubling as an effective romance, Zemeckis story of Hanks’s FedEx worker Chuck Noland becoming stranded on a deserted Pacific Ocean island after a plane crash, driven to survive by the thought of returning to his girlfriend Kelly (played by Helen Hunt) is one of the director’s most restrained (even the music cues by Alan Silvestri don’t start till over an hour into the film) and in-command pieces of work that sees the esteemed filmmaker largely hold back on artistic flashes and instead focusing on his leading man Hanks working his magic as the determined Chuck.

Often tasked with acting alongside nothing more than a few FedEx boxes (this really is a film that’s not afraid of a liberal dosage of product placement), a bunch of coconuts or the aforementioned Wilson the loveable volleyball, Hanks delivers one of his best ever turns as Noland and showcases why the esteemed actor has long held a place in many movie goers hearts.

Garnering tension from trying to start the first flickers of a fire or riding the rough waves of the wild ocean landscape, Hanks embodies Chuck in mind, body and soul and convinces us this truly is a man battling his mind and the elements to survive.

Sometimes coasting on his natural charisma and nice-guy persona established over a number of years in the public eye, both on screen and off it, Noland isn’t your everyday Hanks character and remains to this day proof that our chocolate box loving A-lister is as good as it comes when commanding a feature film.

A film that remains a masterpiece even with its various minor flaws, Cast Away is an engaging and emotionally powerful tale of the power of the human spirit and our will to survive. Lead by what could arguably be a career-best turn from Hanks and the impressively restrained hand of Zemeckis, Cast Away remains one of the most uplifting survival tales in cinematic history.

5 ad hoc dental surgery’s out of 5 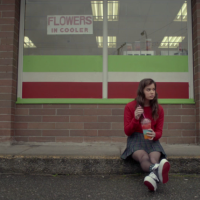 Reading with My Eyes

lots of tales from the spine, your place for book reviews of all kinds

Reviews without the mess.

A web page filled with information on things I like from Films, to Games, Books, Music and Godzilla.

A place to talk about film

Don’t Talk During The Movie

The ramblings of someone who loves film and can’t talk about it enough.

In search of little things that make life interesting

PlayStation when you need it.
Movies with Tarek

The movies are my escape!