Plot – Inspired by his daughter’s future, Australian actor and filmmaker Damon Gameau takes a worldwide trip to discover what a good future might look like in a more sustainable world environment.

We’re all well aware of the doom and gloom surrounding our planets future and what our beautiful Earth may look like if we fail to address the many issues affecting it at present, but thankfully Australian documentary filmmaker/actor Damon Gameau doesn’t want to focus on these known issues in a negative way, he wants to provide plausible possibilities on how we as a species can implement changes today to ensure our future is a much brighter one.

Inspired by his daughter Velvet’s future, Gameau takes us on a journey across the globe to look at things being done this very day to help counteract our mistreatment of our planet that stems from emissions and pollution that have changed the very way in which the land around us is able to provide for of lives.

One of the rules of 2040, is that these new technologies or ways of doing things must be implemented in some way, shape or form at present, meaning what Gameau is showcasing in his lovingly crafted and technically marvelous film feels real and inspiring, not far-fetched or dreamy, making his documentary a fantastic showcase for positivity and good that exists all around us should we care to look.

There aren’t many films or documentaries arriving at our doorsteps with this amount of positivity and good-natured vibes and the love and investment Gameau has clearly put into his follow-up to the very good That Sugar Film is evident for all to see, establishing himself in the process as one of the local industries most exciting film-making talents, that has seen the recognizable performer evolve from likable on screen presence to one equally at home behind the camera, with 2040 much like That Sugar Film offering up a global appeal that should resonate with viewers from across the globe.

It’s important also for the success of the film that Gameau never over-steps into a preaching or know it all type persona which can sometimes weigh down documentaries of this nature that fail to address both sides of the story but 2040 never threatens to get preachy or hard-edged as it instead remains at the core of its existence a film about a father looking lovingly at his daughter’s world and wondering how he can help make it a better place and seeing his heartfelt quest and his well-meaning examinations take place is a joy to behold as an observer.

There’s no doubt many that watch the film, one filled with seamlessly inventive special effects and easy to understand explanations of subjects that are anything but, will be left encouraged and inspired to do things a little differently, making 2040 not only an important film for Australian audiences to seek out but one that should be sought out globally with Gameau’s focus around children of this modern era and accessible information making it the perfect companion piece to our future leaders and thinkers development.

Proving That Sugar Film was no fluke, 2040 officially announces to the world Damon Gameau as a documentary filmmaker of the highest order with his newest passion project a lovable and important call to arms that should be required viewing for those of all ages and backgrounds.

4 driver-less cars out of 5 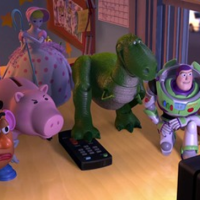 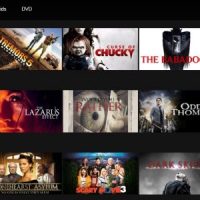 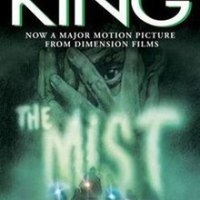 "The stories we love best do live in us forever."

my opinions and stuff

Take your life and make it a masterpiece

Or 'take a masterpiece and let it inspire your life'?

The Month in Cinema

The best of this month's celluoid.

A look at the science, history, and/or mythology behind cult and genre cinema