Plot – When an armed robbery goes bad and multiple law enforcement officers are murdered, New York City detective Andre Davis (Boseman) orders all access points to Manhattan to be shut as he hunts the criminals down.

“We got twenty-one bridges in and out of Manhattan. Shut them down”

While its concept never sounded like the type of proposition that was going to provide life-changing cinema, 21 Bridges appeared on paper to be the type of 80’s/90’s action thriller hybrid we don’t get a lot of these days, but instead acts as nothing but a rather lifeless event that fails to capitalise on its great central idea.

Starring Black Panther himself Chadwick Boseman, produced by Avengers masterminds Anthony and Joe Russo under their new production banner AGBO Films and directed by well-regarded TV show director Brian Kirk, 21 Bridges has some pedigree behind its existence, making its ho-hum end product all the most disappointing.

There’s no doubt that the idea of a pulse-pounding 90 minute affair that see’s the bridges connecting New York City’s Manhattan district completely shut down to any entry or exit in the wake of a violent robbery gone wrong that has seen the death of multiple law enforcement officers is an interesting idea but Kirk can’t ever maximise the idea, as instead 21 Bridges sleepwalks through its plot as Boseman’s determined detective Andre Davis and his offsider Frankie Burns (a completely wasted Sienna Miller) track down Taylor Kitsch and Stephan James criminals.

You can’t help but feel the whole core concept of the bridges to Manhattan being shut off entirely is nothing but an afterthought, as the film instead feels entirely more generic in nature as we follow Davis from crime scene to crime scene and Kitsch and James struggling to enact out their seemingly badly planned drug heist which is a shame, as 21 Bridges could’ve really joined the ranks of fellow high-concept actioners like Speed and Die Hard had its cards fallen in a different way.

One glaring fault that halts this dream in its tracts very early on outside the lame delivery of the films in the end very generic story, is the fact there are no characters found here that make any type of mark with Boseman’s Andre just a grumbled detective 101 and everyone else just as plain and bland.

It’s a shame watching such talented performers as Boseman, Kitsch, Miller and even Oscar winner J.K Simmons get lumbered with such tame material to work with all unable to give 21 Bridges that kick it needed to be either an outstanding genre offering or the guilty pleasure good time it might have been.

Unable to unleash the full potential of its great idea, 21 Bridges is an entirely forgettable piece of action/thriller cinema that should’ve been a whole lot more fun that it ended up being. 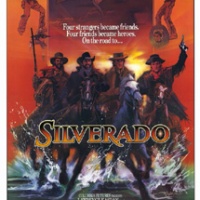