Plot – After a violent mugging, mild-mannered accountant Casey (Eisenberg) takes up Karate classes taught by the mysterious Sensei (Nivola) in the aim of helping him become more like the people he doesn’t understand.

“I wanna be what intimidates me”

Directed with similar vibes and intent as a Yorgos Lanthimos film and with more than its fair share of similarities to dark comedies such as Observe and Report and The Foot Fist Way, Riley Stearns pitch-black The Art of Self-Defense is most surely a film not for everybody but thanks to a committed lead performance from neurotic go-to-guy Jesse Eisenberg and a narrative that will take you places you never expected to go, this 2019 indie hit will likely become a cult favourite in the years to come.

So far removed from anything you’ve seen before in a plot sense, Art may start out in a seemingly straight-forward enough fashion as we are introduced to Eisenberg’s socially awkward and odd Casey but once Casey’s mundane and rather sad life is turned upside down by an unprovoked mugging and attack, Art begins to show its true colours as a film that doesn’t intend to conform to any particular type of rulebook that has come before it.

Once we and Casey find ourselves in Alessandro Nivola’s Sensei’s dojo, learning the ropes of martial arts, Art and Stearn begin to really take us on a wild ride that makes very little sense in a logic aspect but makes for weirdly gripping viewing regardless, as we can’t help but stay glued to the screen as Casey’s experience gets darker and darker as his addiction to his new world takes hold.

It’s a slow-moving experience, with Art happy to hammer away rather quietly for the first hour or so of its screen time as the film sticks to a rather grounded rhythm with sprinklings of bizarre character beats and brief moments of action but the final act of Art ramps things up to a whole different level as secrets are unearthed and Stearns appears unafraid to go to seemingly taboo areas in what quickly becomes an extremely confronting and hard to digest space.

Throughout the films increasingly depraved story, d.c. Eisenberg, Nivola and sole female presence Imogen Poots as fellow student Anna acquit themselves well to some downright bizarre scenarios and conversations but despite the films nonconformity to delivering something cookie-cutter, not all of Art feels as though it comes off the way Stearns would’ve wanted to.

As is the case with films of this style, Art’s insistence on being strange at every given chance makes it hard to find a character to root for and there are one too many moments of unearned character decisions and motivations that begin to make Art’s payoffs rather unsatisfactory when it feels at times as though its headed for some really exciting and loaded developments.

A strange beast of a film, The Art of Self-Defense is a film unto its own but despite some original ideas and solid lead turns, Riley Stearns solid effort never delivers a knockout punch.

3 custom made belts out of 5 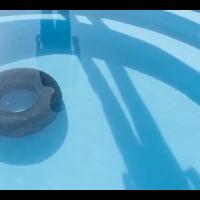 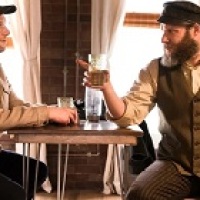 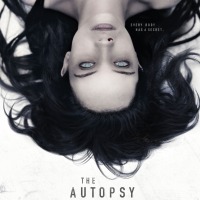 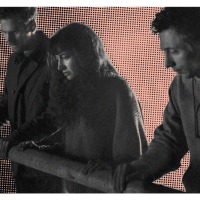