Plot – In post-apocalyptic America, scientist Finch Weinberg (Hanks), his beloved dog Goodyear and his new robot helper Jeff (voice of Landry Jones) set out on a perilous journey across the country to try and find a safe place to call home.

“Moving at night presents that which is not predictable. People”

Originally known as BIOS before it was acquired by Apple TV+ for a prominent streaming release, Finch is yet further proof of Tom Hanks innate ability to carry a film as the sole human presence (here accompanied by a dog and a robot, not a volleyball) in what amounts to a genuinely heartfelt and pleasant journey in a post-apocalyptic America.

Directed by British filmmaker Miguel Sapochnik, who established himself for the big time with his direction of hugely popular Game of Thrones episodes such as Hardhome and Battle of the Bastards, Finch may appear on paper to be a big-scale film ripe for action and spectacle but in a nice turn of events, Sapochnik is content to keep things intimate and humanly focused as Finch forgoes easy wins in the entertainment stake to instead keep the focus on Hank’s ill inventor and apocalypse survivor Finch Weinberg as he travels the barren lands with his beloved dog Goodyear and his newly born robot protector Jeff (voiced by Caleb Landry Jones).

What transpires in Finch will be more than familiar to anyone that’s ever partaken in an odd couple road-trip movie and one that deals with A.I learning what it means to be human  but that doesn’t mean the familiarity found in Finch and the comfort food it offers to us as viewers doesn’t make it any less enjoyable and it’s refreshing to see such a high profile film with this big of a scale happy and comfortable too allow its human moments to shine brighter than anything else that could’ve easily have been the focus.

As is always the case with one of the most beloved performers in Hollywood and an actor that everyone would seemingly love to call their uncle/friend, Hanks doesn’t rework any of his previous performance repertoire to bring Finch too life but whether his interacting with Goodyear, teaching Jeff important life lessons (nothing more important than how to care for a canine) or in one moving scene recounting his past experiences in the violent and confronting new world, Hanks is as reliable as ever as a man doing his best in trying circumstances as he comes to terms with his own mortality and what makes a life worth living.

Throughout the films runtime Sapochnik embraces the staples of the sub-genre his working in, allowing the common components that have become prevalent in these type of films to make Finch a film that gives an experience akin to a big old bear hug, the type of experience we can all use a little bit more of and one that makes Finch an accessible and joyful film that never tries to become anything more than it needed to be.

Lead by a typically strong Tom Hanks performance and its embracing of what type of film it is, Finch is a touching tale about mismatched souls trying their best to survive in a world that has lost sight of what it once was. 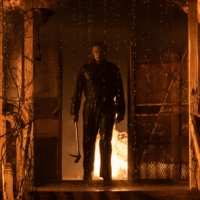 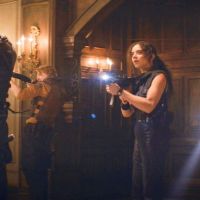 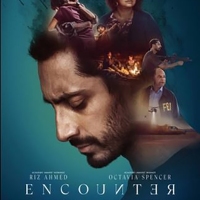 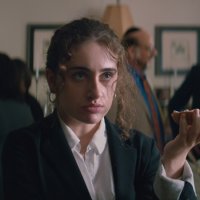 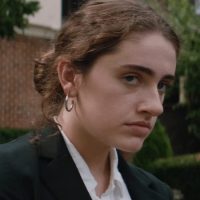