Director – Kim Jee-Woon (The Good, The Bad, The Weird)

Plot – Gabriel Cortez (Eduardo Noriega) a wanted fugitive is racing authorities to the border of Mexico. All that stands in his way is the small town of Sommerton and it’s sheriff’s department led by Ray Owens (Schwarzenegger). Ray must lead his group of lawmen including Lewis Dinkum (Knoxville) and Mike Figuerola (Guzman) and get them ready to stop Gabriel at all costs.

“You’re talking to a 72 year-old man with high cholesterol, eating a bacon and cheddar omelette with extra cheddar. Do I look like I’m afraid of death?”

It was with welcome arms (but not open wallets if the box office takings speak the truth) and many a nostalgic heart that the movie going public welcomed back Arnie to the big screen with his first centrepiece roll post Governator duties. It’s a shame then that this brazenly dull film heralds the once great action man’s return to leading man deployment.

Directed with not enough energy and originality by Korean Kim Jee-Woon The Last Stand offers nothing to the action dinner table other than your run of the mill bad guys (Stormare and Noriega), slight comic relief bit players (Knoxville and Guzman) and Arnie just pretty much looking much too old for this type of caper. The film glides on autopilot, almost for the entire run time it seems to be building up ever so slowly to the titled last stand by Arnie and co, a major flaw of the film it seems was to think we wanted talking and not more action.

The action in The Last Stand (when it finally comes) is enough to bring the film out of the cliché doldrums but not enough to excuse the excruciatingly lame and tame start to movie. The characters in the film don’t allow or do enough for the viewer to care in any way shape or form and when the best actor in the piece is Johnny Knoxville sporting a vast variety of comical hats and chopping down lamp polls your film is in trouble especially when there are superior actors in Guzman and Whitaker being outclassed. Even Arnie himself can’t save the day.

Arnie’s performance in the movie is pretty much a showcase for don’t care attitude. The great man’s ability to make one line matter is even dis-heartedly not a reality here and it seems the movie was more concerned in Arnie’s fake tan that encouraging a more likeable and fun performance from the depths of his hulking frame. When you’re not laughing at Arnie dispatching bad guys with a seemingly endless barrage of bullets you know something is not quite right.

The Last Stand is nothing more than a slightly entertaining Friday night pizza and a movie flick, a movie that in the end just looks embarrassing on an action man’s CV that includes The Terminator, Predator or even The Expendables. 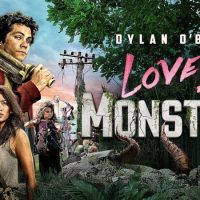 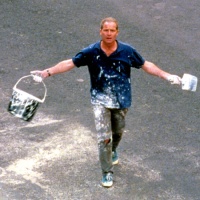 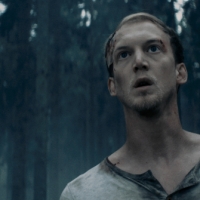 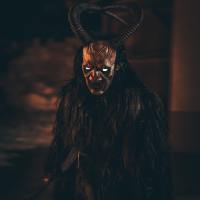 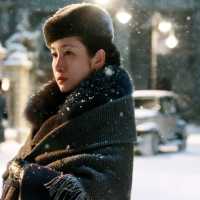 Moviestellar
Reviews for No Reason