It’s good to give credit where credit is due, but with so many films released each year, sometimes it just isn’t possible. The below films (listed in no particular order) may not be the best of their genre or year of release (although, Watchmen comes close…), but the reception they received from critics and audiences alike, and the revenue they generated, I believe isn’t an accurate depiction of the qualities they offer.

To quote Eddie and the introduction of his list, I hope that you can find a new favourite in this list of underrated and unique films.

The creation of Dr Manhattan

In an alternate 1985 where former superheroes exist, the murder of a colleague sends active vigilante Rorschach into his own sprawling investigation, uncovering something that could completely change the course of history as we know it.

I’d confidently say that anyone who knows me knows my feelings towards the amazing accomplishment that is Zack Snyder’s comprehensive adaptation of Alan Moore’s ‘unfilmable’ graphic novel, and if you want to dismiss or hate on it, you better be ready to explain your reasoning. Whether you’ve read the source material or not, Watchmen stands as a masterful cinematic endeavor; a story so completely well acted, directed and produced that it is a borderline crime that a large portion of critics were so quick to heap negativity on it. At least the fans were sated… changed ending included. 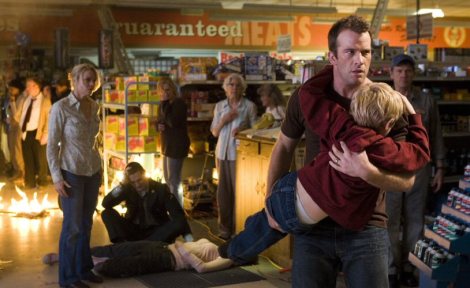 A freak storm unleashes a species of bloodthirsty creatures on a small town, where a small band of citizens hole up in a supermarket and fight for their lives.

Not only is The Mist an unfortunately underrated horror/thriller, but the same word can also be used to describe Darabont himself; like Nolan, Spielberg and the Coens, the director of The Shawshank Redemption, The Green Mile and the pilot (and best) episode of the hugely popular The Walking Dead (you’ll be able to spot half of the actors from season 1 here) should be a household name. His low budget, highly impressive film version of Stephen King’s novella features amazing performances from a talented ensemble cast (Thomas Jane, Marcia Gay Harden, Toby Jones), the ability to be viewed in crisp black & white and an ending to leave you rattled. 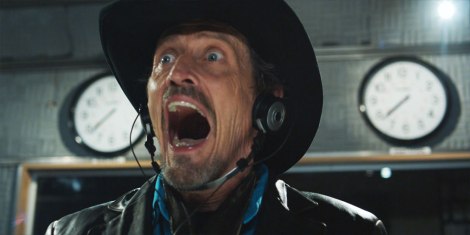 A psychological thriller in which a deadly virus infects a small Ontario town.

‘Don’t speak, don’t scream. Shut up or die.’ There have been few films I’ve anticipated more than Bruce McDonald’s Pontypool, and from seeing the early advertising, to reading the reviews in Total Film, finally seeing it and then reading Tony Burgess’ novel Pontypool Changes Everything, rarely have I been so impressed. An understated, expertly written gem; Pontypool offers a brand new take on the zombie apocalypse, and truly should be seen by anyone who questions the current state of horror. 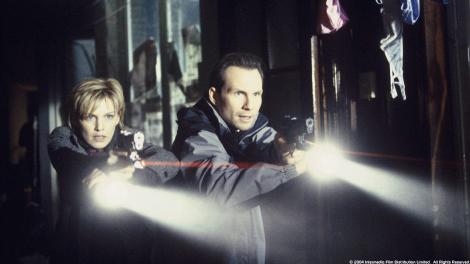 Trainees in the FBI’s psychological profiling program must put their training into practice when they discover a killer in their midst.

Okay, so I wont argue that this is the best film ever made… but I will defend that it is one of the most fun. A whodunnit in the 10 Little Indians mold, Mindhunters remains surprisingly involving throughout, and brings together a band of off-kilter actors like no other: Val Kilmer, LL Cool J, Christian Slater, Clifton Collins Jr (great in everything he’s in… see below), Jonny Lee Miller and Cold Case’s Kathryn Morris. If you’re not convinced so far, I’ll also point out that there is one sweet fight scene at the movie’s end.

Directed by: Stephen Sommers (The Mummy)

A group of heavily armed hijackers board a luxury ocean liner in the South Pacific Ocean to loot it, only to do battle with a series of large-sized, tentacled, man-eating sea creatures who have taken over the ship first.

I remember catching this on VHS with the old man when I was far too young and impressionable, and it caused many, many nightmares for years to come. Watching it now it’s not quite as scary (nor scary at all), but it is unquestionably Stephen Sommer’s most enjoyably exhilarating film, featuring a plethora of hammy B-actors, a cool monster and an even cooler jet-ski chase. Also, Famke Janssen is in this. Deep Rising may not be an underrated masterpiece, but it is certainly underrated as a great, popcorn munching good time.

A CIA special forces team are betrayed and left for dead by their superiors, galvanizing them to mount an offensive on the CIA.

Thanks to an average, bandwagon jumping action film that stole the blockbuster
season (yes, The A-Team), The Losers basically came and went without leaving
much of an impression in the heart of the film-going public. Shame, as its one
of the finest action films of the last decade. Beautifully shot, scored and
sharply scripted, the graphic novel adaption also boasts standout performances
from an iconic cast, including Jeffrey Dean Morgan, Zoe Saldana and Chris Evans
and a villain straight out of a quality James Bond flick. There is humour, heart
and explosions galore… and a lot of fun to be had. 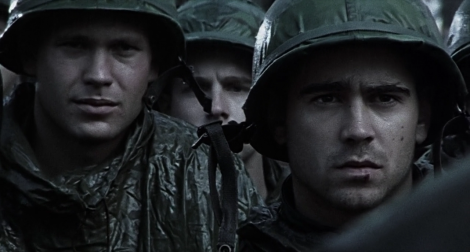 Colin Farrell is outstanding as Bozz in the unflinching Tigerland

Directed by: Joel Schumacher (Falling Down)

A group of recruits go through Advanced Infantry Training at Fort Polk, Louisiana’s infamous Tigerland, last stop before Vietnam for tens of thousands of young men in 1971.

Colin Farrell won best actor at the Boston Society of Film Critics Awards for his moving portrayal as Pvt. Roland Bozz, a natural born leader whose resentment towards authority leads him to become a hero among the disenfranchised troops at Louisiana’s Tigerland, the last stop before Vietnam. Joel Schumacher’s most accomplished film (see my Top 10 Anti-Establishment Films list for proof I also love Falling Down), this stunning tale of reluctant fate in a time of great hostility is essential viewing in the war film cannon, yet rarely discussed among other classics such as The Deer Hunter and Platoon. There may not be any actual combat, but the war that these soldiers wage among each other and themselves is truly confronting and deserving of so much more recognition than it has garnered.

Two FBI agents attempt to clarify the murders occurring in a desolate region. They approach the witnesses of the latest incident with the help of the local police. All of them hide something and all have wildly different stories to tell.

‘It’s been a hell of a day on the highway’ boasts the tagline to Jennifer Chambers Lynch’s disturbing gem of a thriller. That’s the understatement of the century. Surveillance is a shot of strong black coffee at 6am; an eye-opener and a film of lasting impact which suggests that Jennifer is on the right track to continuing the legacy her incredible father created. This is brutal, deviously funny exhausting stuff, and comes highly recommended for those with a craving for a slice of horror with a side order of weird.

When Lynch and Herzog team up, expect ostriches

Directed by: Werner Herzog (Aguirre, The Wrath of God)

Inspired by a true crime, a man begins to experience mystifying events that lead him to slay his mother with a sword.

Another Lynch production you say? Why don’t you take an interest in another director for once? Well, be quiet, because not only is this intriguing experimental film produced by the Mulholland Drive visionary, it is directed by an equally impressive force in Werner Herzog; the man that tamed (to an extent…) Klaus Kinski and gave us Aguirre, the Wrath of God, Nosferatu the Vampyre and Fitzcarraldo. The problem My Son, My Son, What Have Ye Done? faced was being released so close to Herzog’s other great film Bad Lieutenant: Port of Call – New Orleans (being a vocal fan of Abel Ferrara and his 1992 original, it took a lot for me to admit that), because no matter how impressive Michael Shannon is as a mentally unhinged psychopath (a role he has recently made an art form), few actors can draw attention away from a crazed Nicolas Cage. If you’re hesitating in tracking this down, watch the trailer; you’ll be convinced in seconds.

I know I’d surrender to a Paul Giamatti this mad…

In 13th-century England, a small group of Knights Templar fight to defend Rochester Castle against the tyrannical King John.

It was a toss-up between two James Purefoy films for the final spot on this list, with Ironclad only just besting the brooding Solomon Kane by the whiskers on a medieval beard (I’ve noticed Jason Flemyng has been popping up in a lot of my choices lately – I can’t really explain it but I find it an interesting observation). Jonathan English’s entertaining castle siege bypassed theatres and arrived straight on disc in most countries, despite a fun ensemble cast (Giamatti being the highlight) and some fantastic old-school sword and spear brutality, and any fans of Gladiator, Centurion (another that could’ve made this list) or The Alamo owe it to themselves to grab it on Blu-ray. The tagline is ‘Heavy metal goes medieval’ for goodness sake… what are you waiting for?

Doomsday, The Whole Nine Yards, All the Boys Love Mandy Lane, Ed Wood, The Ruins, A Serious Man, Killing them Softly, Hercules Returns, Dear Zachary: A letter to a son about his father, Event Horizon, The Joneses and The Rum Diary.

How does this list compare to films you feel are under seen/underrated? Let us know in the comments below! 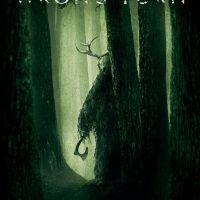 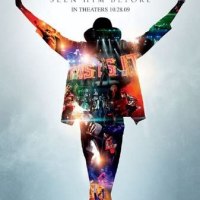 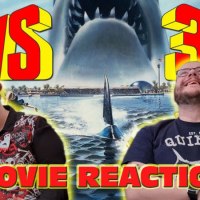 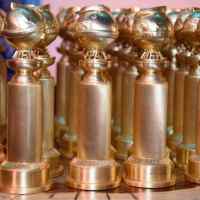