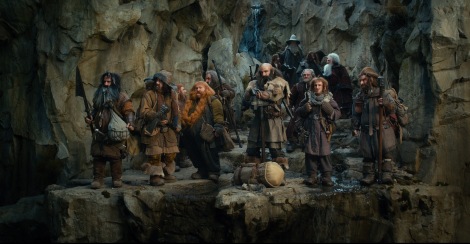 The Hobbit: An Unexpected Journey

In life there are places we can go to feel safe, warm… at home. An old family holiday destination, the beach where you first learned to surf or perhaps your own living room; these locations can conjure nostalgic memories and cause yearning for simpler times. Allow me to add The Shire to this list.

It should be noted that while I appreciate the work of Tolkien and highly regard Peter Jackson’s cinematic vision on The Lord of the Rings, I’m not an Elias (see Clerks 2) type fan. Going into The Hobbit my expectations were quite low, having no real knowledge of the source material and with years having passed since seeing Return of the King; I simply wished to escape into Middle Earth, to experience again the thrill of adventure among a constant threat of Orcs and Goblins, and although on this journey the threat was greatly diminished, I still found myself smiling a smile of relief… as Jack the Giant Slayer also recently proved, fun family adventures still exist.

The quest this time around focusses on Bilbo Baggins (Martin Freeman), as he is thrust into the dangerous task of returning with 13 loyal Dwarfs, led by the king-in-waiting Thorin (Armitage), and Gandalf The Grey (McKellan) to their homeland of Erebor, from which the supposedly dead, legendary dragon Smaug drove them out. Along the way they encounter an underground kingdom of Goblins, some hungry trolls and, in a scene nothing short of spectacular, warring cliffs. There are also many more discoveries and enemies that will become of significance in The Desolation of Smaug  and There and Back Again, and while An Unexpected Journey could have done with a firmer hand in post-production and a hero of more gravitas, I will, much to my own surprise, will be there opening night for each. One gets the impression that this deliberately paced chapter will be appreciated in a fuller manner once this adventure reaches greater heights.

Are there flaws worth mentioning? As with 99% of movies; of course. What bothers me is the character of Gandalf and his use in progressing the story; just as cinematic ghosts can be transparent, opaque, visible, invisible, silent, noisy, clothed in all manner of wardrobe and either unable or able to harm the protagonist depending on the need to either scare or inform an audience, Gandalf’s wizardry abilities can either be spectacular or spectacularly dull depending on pacing and moment-in-time… not to mention he can just disappear on a whim whenever his companions need him. To escape from one life-threatening situation he uses a spell causing hundreds of enemies to knocked unconscious in a single gust, yet confronted with a similar scenario only moments later he is suddenly useless and clambering up a tree (from where he determines is a good idea to light pine cones on fire and use them as projectiles… always a brilliant idea considering wood is one of the most usefully flammable objects on the face of the earth), although in his defence he does then summon some familiar allies as a means to escape (though these could also be used as a means to an end; the same troubled plot-point having been used in The Two Towers). Perhaps I am simply ignorant of a trait in his character? I just wish that he would always be the mighty figure we witnessed on that fateful bridge.

Its undeniable that another issue is in the 13 Dwarfs, with none of them, including leader Thorin, having any real (pardon the pun) stature. James Nesbitt is completely underutilised and Aidan Turner appears as if he’s wandered straight off the set of Middle-Earth’s Next Top Model, then there are others that have such little to do they’re barely worth mentioning it at all.

I digress though, as despite these shortcomings I thoroughly enjoyed this epic tale and, despite not a great deal happening in retrospect, could have easily spent more time with perhaps Radagast the Brown and everybody’s favourite schizophrenic, Gollum. Through his early cult favourites Bad Taste (1987) and Dead Alive (1992), more mature exercises Heavenly Creatures (1994) and King Kong (2005) and of course his renowned Academy Award sweeping Lord of the Rings Trilogy, Peter Jackson has done well to establish himself as one of the most reliable directors in the business; capable of infusing his blockbusters with a homemade-in-New Zealand sensibility and charm.  His legacy is already one of the greats.

A tepid reception and mixed reviews were not exactly what anyone was hoping for with The Hobbit, but despite it not stacking up against the distinguished trilogy it follows (predecessors, really), there is certainly reason enough to let the hair on your feet grow long and jump into this land of fantasy… as Gollum might say: wonderful adventures are a precious thing.

3.5 resuscitated porcupines out of 5 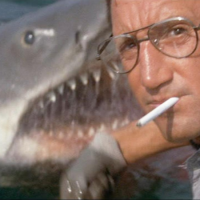 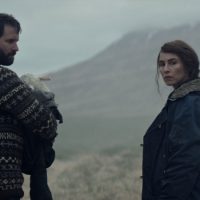