As there were only 4 of us in the late screening of Captain Phillips I decided to take a new approach to the viewing experience and lie down on the flat section in front of the screen… considering it didn’t start until 9:30pm and I had just played sport after a long day at work I knew I wouldn’t be able to tolerate the boxy, uncomfortable cinema seats. This was a good move. Was seeing Paul Greengrass’ latest about an American cargo ship hijacked by pirates off the Somalia coast when I could have been watching Amber Heard, Michelle Rodriguez and Sofia Vergara light it up in Machete Kills also a good move? The answer, as much as I love my Rodriguez Mexploitation, a reluctant yes…

For those that haven’t yet been swept up in the fanfare, this re-enactment of a true-life event focuses on the titular Captain as he strives to protect his crew, his ship and himself from 4 pirates after a ransom of $10,000,000 (in order to keep with Hollywood cliché, the villainous crew consists of a smart, ruthless leader, an impressionable teen, a scaredy-cat and a hulking madman), eventually finding himself held hostage in a small life vessel whilst the Navy SEALS draw closer and cabin fever starts setting in. Exactly how accurate the details are is up for debate, but no matter how much of a dramatic spin the film adds there’s no denying that this would be a terrifying ordeal, with nowhere to run, no weapons and no reasoning power. This story, combined with a wonderful central performance from Hanks (which will surely garner Oscar praise), believable turns from first-time actors Barkhad Abdi and Barkhad Abdirahman (though Greengrass insultingly cheats in their scenes of tension, particularly in an early moment set in Somalia, by having the camera shake so vigorously, and shots edited roughly enough to create a feeling of hostility/horror without relying the actors) and the stunning image of the vast ocean ensure a thrilling ride for all audiences.

This setting was of course made all the more awe-inspiring with my close proximity to the screen. Although my neck may have been a tad sore the next day.

Honesty, Captain Phillips is a biopic impossible to dislike. Playing out in an almost documentarian fashion, it informs as much as it involves without ever playing to a pro-America propaganda it had the capacity to, and appeared geared to in the third act. It’s a film that takes no risks, is careful not to offend and even at 134 minutes never outstays its welcome; a film as safe as this would often only garner tepid praise, but as it racks up the tension and Hanks becomes more naturalistic in his role it truly is deserving of more. I wish that there was more to analyse, more of substance to dissect, but there is nothing beneath the surface… it could almost be argued that Captain Phillips is a big budget, special length and critically acclaimed episode of ‘I Shouldn’t be Alive,’ though of course the level of cynicism in that comment is undeniable.

Oh, and for all Catherine Keener fans out there (of which there should be many), look out for her 30 quality seconds of screen time…

4 coffee breaks out of 5 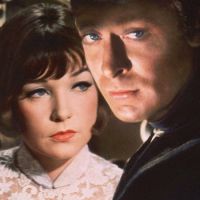 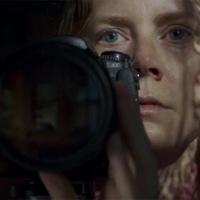 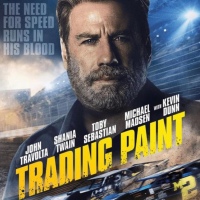