When it comes to the quality of films produced, some years a better than others. In the case of 2013, a lot of years are better. Responsible for more sequels than you can count (Iron Man 3, Thor: The Dark World, Star Trek into Darkness… enough is enough you greedy industry moguls!) and enough big-budget disappointments to fill an entire weeks viewing, it was up to the work of independently minded maestros to save it from complete insignificance and give us cinema devotees reason to resist solely revisiting remastered classics on blu-ray. In this regard, Nicolas Winding Refn and Thomas Vinterberg did their part, while promising young directors Brad Anderson and Zack Snyder (responsible for the masterpiece that is Watchmen) failed miserably.

Ultimately, being a fan of cult and horror films, my top 5 of the year might be quite predictable, and my “worst list” is mostly full of disappointments as opposed to titles I knew were going to be rubbish beforehand. I’m sure many will disagree, and that’s quite alright, but if you plan on arguing your case just remember that I was debating champion in high school… and also, there really should be no arguing that Baz Luhrmann is a hack (I’m Australian, I’m allowed to say it).

Also included here are my picks for best and worst director, actor and actress, as well as my favourite tagline, quote and poster; I thought about including a category for best beard but thanks to Prisoners there’s no one that could really compare with Hugh Jackman… a film in which Jake Gyllenhaal also boasts the best haircut and facial twitches of the year, Maria Bello most time spent crying and Terrence Howard most whipped.

So without further ado, enough of the silliness and let’s begin!

Disclaimer – please note many films will be absent from this list due to Australian release dates and lack of cinema showings around the country. Films that cannot be judged due to this include – 12 Years a Slave, Wolf of Wall Street, Inside Llewyn Davis, Philomena, Nebraska, Fruitvale Station, Great Beauty and Blue is the Warmest Colour. 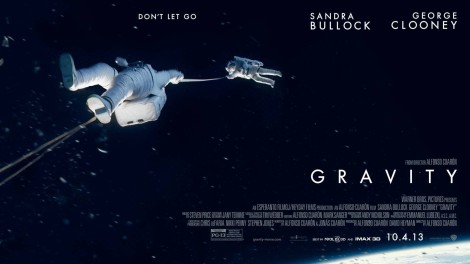 Gravity. Not perfect, but quite remarkable

Thomas Vinterberg’s heartbreaking tale of the effect of a solitary lie is simply remarkable, featuring a stunning central performance from Mads Mikkelsen and an even better one from young Annika Wedderkopp. See my review here.

If you can rate a movie based on how much discussion it generates after viewing, Nicolas Winding Refn and Ryan Gosling’s second collaboration can be viewed as nothing less than perverted perfection. See my review here.

A wonderfully directed, superbly acted and scored classical horror tale. Proof that a masterpiece can be achieved in any genre. See my review here.

A little weak in character but damn close to perfection on a technical scale, Gravity was the big-screen event of the year and should find itself with a bucket full of trophy’s come the end of awards season. See my review here.

A remake making my top 5 is a rare thing indeed, but in my opinion Fede Alvarez’ Evil Dead exists in fact as a sequel, and in this regard enthusiasticly furthers one of horrors great franchises with gore galore and a cool heroin.  See my review here.

No, I will not cheers to this shallow, pretentious tripe

An absolute insult to the intelligence of film-goers and more embarrassing for Luhrmann than even Australia (2008) could dare being, The Great Gatsby is not only the worst movie of the year but an eternal blight on the careers of all involved. DiCaprio and Maguire are particularly shocking. See my review here.

An utter disappointment from two of the leading voices in modern cinema,  Man of Steel is soulless, charmless and void of any creativity. Perhaps its worst crime of all though is completely misusing the beautiful Amy Adams. See my review here.

Do I even have to mention the product placement at this point? Its shameless, simple as that, and if that isn’t enough The Internship also fails at being even the slightest bit funny… just a mess. See Eddie’s review here.

An astonishingly dire effort that casts serious doubt over the credibility of Eli Roth, Aftershock also features some of the worst acting and most lazy plotting in recent memory. See my review here.

With The Conjuring and Insidious: Chapter 2, Wan furthered his reputation as a true master of genre film-making and fans can remain optimistic that he has many more great ideas still to be translated.

Australian director James Wan on the set of The Conjuring

Growing every year as an important dramatic actor, 2013 saw the Australian release of two of his finest films so far in Only God Forgives and The Place Beyond the Pines.

Ryan Gosling in Only God Forgives

The Best Actress of 2013: Sharni Vinson

Representing Australia as one of the coolest  and most talented young Scream Queens on the scene, the You’re Next and Patrick star is possibly also helped by being so darn attractive.

The Worst Director of 2013: Baz Luhrmann

What a hack, seriously, assaulting viewers ears with Lana Del Rey and their eyes with an abundance of glitter and horrible performances from an ill-directed cast was just too much for this amateur critic to handle… 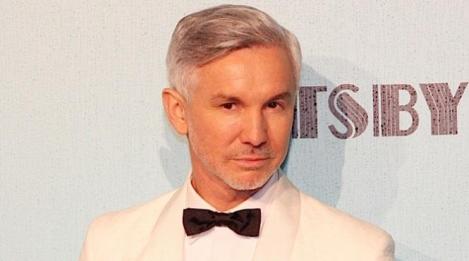 Baz. Successfully undoing all his good work on Romeo + Juliet one disaster at a time

The Worst Actor of 2013: Vince Vaughn

More of the same by the famous-by-association, dull actor, with The Internship the nadir of a forgettable career.

Remember Swingers? Na, neither do I

A vastly derided, scorned sequel (Kick-Ass 2), a needless remake (Carrie) and a certain “comedy” involving an unexpected period and some of the worst ideas ever put to film… see my worst films list… make this selection inevitable.

The Best Tagline of 2013: Inject Some Celebrity into your Life – ANTIVIRAL

The Best Quote of 2013: The Conjuring

Ed Warren: Diabolical forces are formidable. These forces are eternal, and they exist today. The fairy tale is true. The devil exists. God exists. And for us, as people, our very destiny hinges upon which one we elect to follow.

The Best Poster of 2013: Antiviral

Suggestive and vivid… and quite grotesque. Antiviral

How does this overview of 2013 compare to your thoughts? Let us know what was good and what was bad about the year in film. 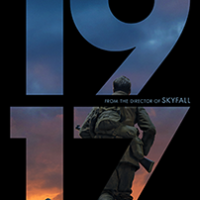 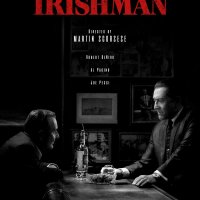 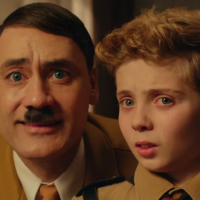