Kenneth Branagh is a better actor than director, that’s a stone cold fact; as Viktor Cherevin in Jack Ryan: Shadow Recruit he steals every scene he’s in with a menacing stare, enigmatic character background and imposing presence. His choices behind the camera however, as well as the writing talents of Adam Cozad and David Koepp, and acting skills of leads Chris Pine and Keira Knightly leave much to be desired…

The story of Lieutenant in the Afghanistan War turned financial analyst for the CIA Jack Ryan, who happens upon a Russian terrorist plot not dissimilar to 911 to begin a new Great Depression in the USA and with his mentor William Harper (Costner) travels to the Motherland to bring Cherevin and his diabolical plot down, can basically be summed up as a rapid succession of cliches accompanied by the most annoying screen couple this side of Ben Affleck and Kate Beckinsale in Pearl Harbor. As the titular hero and Tom Clancy creation Pine isn’t terrible per se, in fact his roguish charm does elevate a number of scenes where levity is needed, but with her utterly irksome smile, lack of subtlety and grace and terribly underwritten/unimportant role the awkwardly strung Knightly outstays her welcome after a mere 5 minutes, before hanging on for another 100. The experienced heads of Costner and Branagh can only do so much, and if you feel a sense of hope and anticipation when the great character actor David Paymer (Drag me to Hell, Quiz Show) makes an appearance, dash it immediately, as he is allowed only one brief scene in which to make an impact.

Oh how this could have been better if Knightly stuck to her romantic dramas… have I mentioned that already?

Seriously… what is that?

Despite all of these glaring negatives however, I do believe that there is an audience for this film. Fans of action and tales of conspiracy will no doubt lap up the contrivances here, and mounting unbelievability brought on by endless coincidences (the main villain has an obsession with obtaining married or engaged women, a miniscule bit character’s motorcycle is important at just the right time and you have to love Cathy’s expert spotting of the photo of Wall Street that the expert agents around her all dismissed), and the pace retains solid movement throughout, even when the audience is subjected to what seems like endless incomprehensible talk of markets and buying and selling something-or-rather in order for whatever to happen. 90% of Jack Ryan: Shadow Recruit is exposition, and the remaining 10% is horrible.

Ultimately, surprisingly and perhaps hypocritically however I left the cinema having enjoyed myself. This is not a good film, but its plethora of issues are equal to that of any Steven Seagal or Jason Statham actioneer, and as it’s problems are in the same mould I could never take it any more seriously than I would a straight to disc shocker, thus eradicating any disappointment I would have otherwise felt. Will I willingly pay money to see the expected sequel? Not a chance. Am I glad I got to attend an advance screening with my friends? Sure; as the great Randal Graves once said (well, the gist of it anyway): “I hate people, but I love gatherings… isn’t it ironic?”

Predictable, unfathomably silly and needlessly complicated, Jack Ryan: Shadow Recruit is not a promising beginning to a new franchise, but with its pro-US propaganda and attractive leads one gets the impression it doesn’t particularly matter what I think.

2.5 Napoleon references out of 5 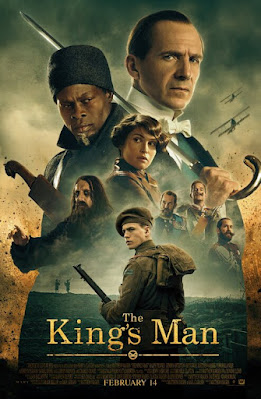