Plot – Troubled teen Eric Love (O’Connell) is transferred from juvenile prison to adult prison, a term known as ‘starred up”. Eric is an explosively reactive teenager, a bomb waiting to explode at any moment. With the harsh realities of adult prison life taking effect on him, not to mention his reacquainted relationship with his fellow inmate and father Neville (Mendelsohn) and his new dealings with good hearted prison counsellor Oliver (Friend), does Eric stand a chance at redemption in this unforgiving world?

I can guarantee you that there will be moments within Starred Up that will test your strength to watch the screen, to endure what has been laid before you in all realness and unashamedly harsh reality. Starred Up is a tough watch, perhaps one of the hardest films I’ve had to endure and laid witness to, not only this year but arguably ever. These moments that will have you wincing, looking away and for all shapes and purposes feeling are not bad film moments, they are moments that act as a testament to one of the most powerful and unflinching films of recent times, for make no doubts about it, Starred Up is one of the year’s most profound and moving film experiences, just don’t expect everyone to be able to make it through the journey.

Likely leaving you with the need to run to the nearest (non-prison) shower and run that cold water at full steam ahead, Young Adam director David Mackenzie’s film is an instantly defining entry into the prison film canon, right up there with A Prophet for pure realism and fly on the wall style filmmaking that brings you so close to the action that as mentioned it can become nigh unbearable. Mackenzies direction of Jonathan Asser’s based on personal experience world class script (even if it has the highest reliance on C – bombs and a side serving of F – missiles this side of a street corner) is direction of the highest order. There may be no directional tricks or wizardry on show here but there is an unquestionable skill displayed in the telling of this deceptively deep prison journey. Mackenzie has always been a somewhat scattershot director, for every Young Adam there is a Perfect Sense but his commitment to this film is unwavering, in all its gritty and shampoo lathered glory.

The glory we speak of in concerns to Starred Up is also brought forward by an acting double take that in a more commercial film would have critic and Academy tongues wagging in praise in the form of Skins graduate (and soon to be mega star thanks to his role in Angelina Jolie’s upcoming Oscar baiting Unbroken) Jack O’Connell as our “starred up” teen Eric Love and (proudly wearing my Aussie hat here) Ben Mendelsohn as Eric’s prison bound father Neville. Words can’t worthily describe the power these two performers bring to their respective roles but one can try. O’Connell delivers one of the most memorable young acting turns in some time as the deeply troubled and against all odds redeemable Eric, a young man (boy?) totally created by the world that surrounded him from the beginning of his life, an armour of anger created out of necessity not want. O’Connell is here the revelation but the continued good work of Mendelsohn can’t be overlooked in what is another scene stealing and thoughtful supporting turn by one of the most in form actors in the business. Mendelsohn’s confused yet dedicated Neville is a multi-layered character brimming with multiple personalities ranging from concerned dad, violent criminal and repressed soul. Led by these two outstanding performers the whole cast is also overall universally great.

While not perfect, Starred Up is an incredibly affecting and touching film, a brutal film no doubt yet one that is such for a reason. If you can endure what lays within this incredibly no holds barred experience, its crescendo of emotion will justly reward you with one of the least manipulative endings you could wish for from an incredibly well acted and honest tale. Prison may never have been so un-appealing but it doesn’t stop Starred Up from being one of this years must watch movies.

4 and a half sugary cups of tea out of 5 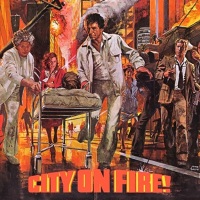 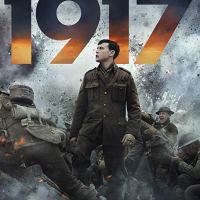 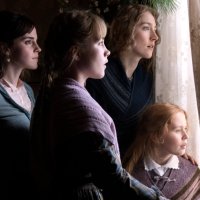 The Official page of Anika Arrington. I write things. Some of them end up here.

The Online Journal of a Professional Musician, Film Critic and Accidental Urban Farmer

Horror and cult reviews and interviews for weirdos like you

chasing shadows on the nightwinds

thoughts on books, movies, and more

For reviews as brutal as the films

May The Force Be With You.....Always!

Books I am reading. And occasionally what I am writing.