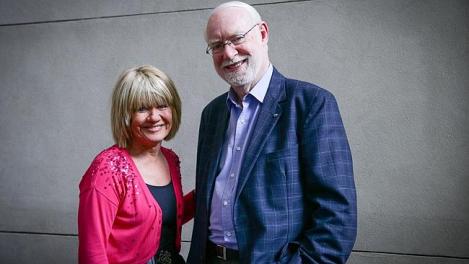 Margaret Pomeranz and David Stratton – the duo that made At the Movies so watchable for 28 years.

A huge void has appeared in the Australian film scene this week with the retirement of Margaret and David and the ending of their show At the Movies after a hugely successful 28 years on our screens.

Their weekly chats, interviews and yearly Cannes Film Festival specials were highlights of the movie scene in the country and their knowledge of all films great and small could never be faulted. Often champions of Australian films and film-makers, Margaret and David were more than film critics, they were champions of the medium and losing them will without doubt leave an unfillable hole in our industry.

We here at J and E count ourselves as long-time fans and feel a strong gratitude towards Margaret and David for their efforts over the many years to keep us informed and entertained regarding all things movies.

Our weeks will never again feel quite the same knowing now that At the Movies is but a memory but we are forever thankful for the years we had to enjoy such a lovingly made and respectable program.

No doubt Margaret and David are here passionately discussing film over a hot brew, a favourite past time of theirs

The passing of Roger Ebert, acclaimed by many as the finest and fairest film essayist and reviewer of all time, was one of the driving forces in the creation of this little film blog, with Eddie and I wishing to continue a grand legacy in our own, less articulated way.

Margaret Pomeranz and David Stratton will continue adoring and dissecting movies for a long time yet I’m sure, but with the completion of their long running TV partnership through SBS’ The Movie Show and ABC’s At the Movies, the film world has lost another little part that makes it so special to so many of us, and those of us that write about this medium, or read the musings of critics, have yet another legacy to continue in any way we can.

At the Movies, an Australian staple for so many years, brought families together on Wednesday nights and had us sometimes nodding, sometimes shaking our heads, but always laughing and occasionally shedding a tear with Margaret as her emotions rose to the fore. Their knowledge of film (particularly David’s) is almost unparalleled among their peers, and its certain that Margaret’s passion is. She loves films for their ability to allow to viewer to suspend disbelief, or touch the heart through a sheer sense of wonder or through creating endearing characters who must battle the unpredictable, uncontrollable whims of life.

David, on the other hand, has the eye of a craftsman; constantly venting his disdain for shaky-cam and praising the more traditional methods… he’ll declare in any instance that his favourite film is the impeccably crafted classic Singing in the Rain, while Margaret will get lost in thoughts and memories when discussing her own beloved favourite, Robert Altman’s Nashville. Their differences are what have made them so endearing.

So long At the Movies, and all the best Margaret and David; may your love of film and respect for one another continue, and here’s hoping (perhaps in vain) we’ll see another Cannes special sometime in the future.

The final touching moment as captured on At the Movies last ever episode, showcasing that despite 28 years, the two still remain close friends

It was always a real joy as a film fan to nestle down late on a Wednesday night (and more recently on the less convenient night of a Tuesday) to sit back and enjoy movie lovers of the calibre of Margaret Pomeranz and David Stratton discuss and analysis films of all shapes and sizes. Whether it was Margaret passionately talking about an emotional experience she’s had from a movie, often moved to tears or David stoically lament queasy cam films there was little doubt that passion drove these reviewers in their respective directions.

At The Movies filled a large void in Australian cinema; being the only dedicated movie show on our television screens, so it was by far the equivalent of our Ebert and Roeper, an event each week that allowed for discussion to take place for movie fans all over the country. The relationship between Margaret and David is what made the show that much more unique, their opposite personalities often drew out some fascinating movie chats with one party defending a film while the other took it apart and if by chance they both agreed the film they reviewed is a must see, that was word enough for us film fans to know straight away that this was a film we absolutely couldn’t be missed.

Hitting the mark more often than not, Margaret and David will be greatly missed by all their dedicated watchers and Australian cinema feels slightly poorer already with their departure, but we will be forever thankful for the legacy they leave behind and for all the entertainment they provided us for so many a year.

Farewell Margaret and David and thanks for the memories.

Are there other Australian At the Movies fans out there? How do you feel about their departure or do you have a favourite At the Movies memory? Let us know in the comments below!

13 responses to “At the Movies: An Appreciation and a Sad Farewell” 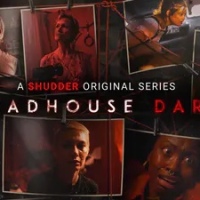 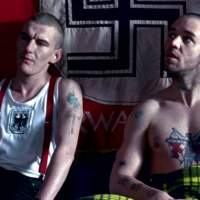