I’m not going to lie, 2014 is easily one of the best movie years for me in a long time. In amongst many years that’ve had their share of gems yet far too many duds 2014 has provided the goods with a raft of original and brilliant films, made by some equally exciting filmmakers.

While there is still the usual sequel/superhero fluff being churned out by the big studios there have been some genuine big budget flicks that have demanded more from audiences other than eating popcorn and texting during a screening. Interstellar, 12 Years a Slave and countless others are films that have pushed what we expect from cinema and with a raft of small budget films like Enemy and The Raid 2 pushing their budget limitations to the max it’s exciting to see both small films and the tent poles pushing the limits of the medium.

It’s a fascinating time to be a movie lover and 2015 looks set to deliver a plethora of big screen beauties and if it’s anything like 2014 we are due to be both entertained, thrilled, emotionally spent and above all us wowed by the films we have witnessed.

Disclaimer – Please note due to Australia’s lacklustre treatment regarding movie releases many films have been unable to be judged as of yet and other films that many would of caught last year have been included due to later releases on Australian screens/home release formats. Films yet to have been seen by me include – Whiplash, Birdman, The Imitation Game, Big Hero 6, Citizen Four, Force Majeure, Wild, American Sniper, Selma, Foxcatcher, The Theory of Everything, Unbroken, Inherent Vice, Nightcrawler.

10. Her – A sharp, funny and ultimately touching essay on love and human relationships. Spike Jonze whimsical Sci-Fi love story is a joy to watch thanks to some top notch performances, witty script and fine direction. Read my review here.

9. All This Mayhem – A must see documentary centered around the Australian skateboarding legends, The Pappas Brothers. A touching look at fame and the fall that can follow this is often gut wrenching stuff. Read my review here.

8. Snowpiercer – An original and sometimes downright bonkers Sci-Fi fable by famed Korean director Joon-ho Bong, Snowpiercer is a thrilling and visceral train ride that in years to come will find the audience it deserved upon release. Read my review here.

7. Starred Up – An emotional gut punch of a movie that marks a career making performance from young Brit Jack O’Connell (soon to be a lot more famous thanks to Unbroken), this is often terrifying yet always watchable prison drama. Read my review here.

6. The Wolf of Wall Street – With an award worthy turn from his leading man, Leonardo DiCaprio, Martin Scorsese crafted an incredibly fun, energetic and full of life telling of the true life story of Jordan Belfort and his time in the wild world of Wall Street. Read my review here.

5. The Raid 2 – If you were blown away by Gareth Evans first sucker punch of an action movie then the Raid 2 will blow your mind into overdrive. An incredibly constructed tale that features enough stand out action to fill dozens of its American counterparts, this is movie making at its most uninhibited and downright awesome. Read my review here.

4. Gone Girl – Who better to tackle one of the most successful and humorously dark books of recent times than David Fincher, a man who has proven time and time again that he does “mood” better than anyone else around him. Gone Girl is the complete package thanks to its stand out acting turns, on point script and assured direction from Fincher. Read my review here.

3. Enemy – I suspect a large amount of movie lovers are still yet to see this gem from Canadian director Denis Villeneuve, which is a mighty shame. A stunningly well-made thriller that features a powerful duel performance from Jake Gyllenhaal, this is fascinating filmmaking that while not for all tastes, is one to cherish for those so inclined. Read my review here.

2. 12 Years a Slave – Steve McQueen’s powerful adaptation of Solomon Northup’s memoir is undoubtedly one of the most emotional and engaging tales of slavery ever seen on film. From haunting performances, an affecting score and McQueen’s ever growing ability as director, this was a worthy winner of this year’s Best Picture Oscar. Read my review here.

1. Interstellar – An incredible cinematic journey that offers us not only a chance to journey into the deepest recesses of space but a human story that digs deep into what makes us who we are and our ability to love one another. Christopher Nolan’s brilliant and awe inspiring masterpiece has been a real divider of the movie world but for those that let it take us away, it’s an experience we will never forget and forever remain thankful for. Unique, ambitious and utterly brilliant, this is one for the ages. Read my review here. 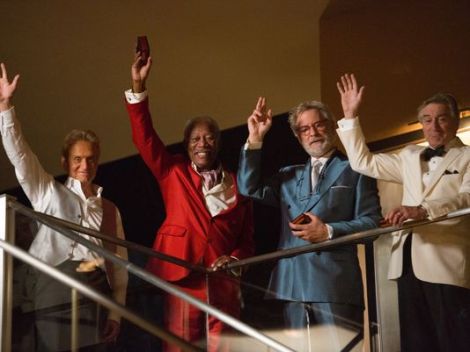 10. Last Vegas – Unfunny, embarrassing and just downright pointless. This old man version of the Hangover is a trip to Vegas no one wants to talk about. Read my review here.

9. Blood Ties – A lifeless and uninvolving crime/family drama, Blood Ties makes such little impact that you do wonder how a star studded cast thought it was a good idea to make a movie as pointless as this. Read my review here.

8. 3 Days to Kill – To long, to stupid and just generally bad, this star vehicle for Kevin Costner’s imminent return to the A-list was a complete fizzer. Read my review here.

7. Sabotage – While he found some decent success with this year’s Fury, director David Ayer’s other 2014 film is one he would likely love to see buried. With a bland Governator in the lead, an overacting goateed Sam Worthington and a story that is all types of dumb, Sabotage is cringe worthy stuff. Read my review here.

6. Blended – While we don’t expect much from Adam Sandler these days, we still expect a comedy to actually be funny. Overlong and overstuffed, Blended is another sad entry to the Sandler cannon. Read my review here. 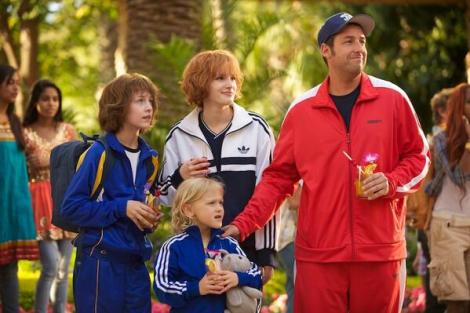 4. I Frankenstein – Almost so bad it’s good, I Frankenstein is bad movie making at its most watchable but it doesn’t make it any less awful. A career low performance from Aaron Eckhart, this monster should be buried, never to be seen again. Read my review here.

3. Pompeii – Another lowly entry into the Paul W.S. Anderson filmography, Pompeii is anything but adventurous or thrilling and is so devoid of personality that you’ll be looking to switch it off mere minutes into the journey. Read Jordan’s review here.

2. Transcendence – The career slide of Johnny Depp continues in this incredibly daft Sci-Fi yarn. First time director Wally Pfister has no handle on his material and his actors seem equally lost in a wannabe meditation on what it means to be human in our tech driven age. Read my review here.

1. Face of Love – A laughable, horrifically bad love story, The Face of Love is a tortuous experience that sadly features quality actors Annette Benning, Ed Harris and the late Robin Williams in movie roles that they must absolutely loathe. Horrendous on every level. Read my review here. 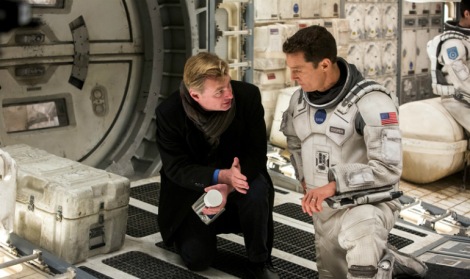 Christopher Nolan – For giving us the incredible vision that is Interstellar and looking to push film audiences more than perhaps some are willing to go. Interstellar has sparked debate and a battle of some sorts between those that love and loathe it, that can only but showcase the power this tale has on both parties. 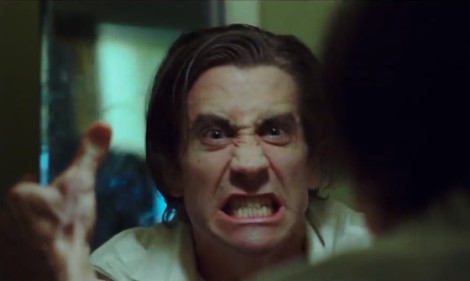 Jake Gyllenhaal – Has been on a streak for some time now and with Enemy and Nightcrawler, showed an incredible talent that should continue to entertain us for decades to come.

Rosamund Pike – Her breakout role as Amy Dunne in Gone Girl is just rewards for an actress that has long been threatening to break out into the A-list. In a year in which usual suspects Meryl Streep and Julianne Moore weren’t getting the usual awards love, Pike would be a frontrunner. 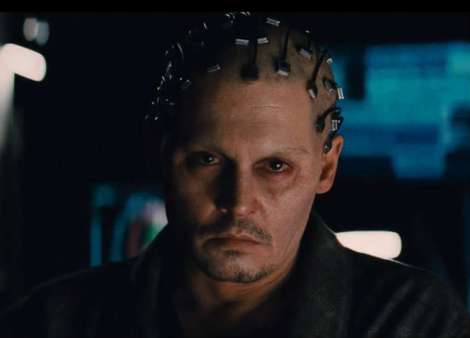 Johnny Depp – After a career comeback Depp has once more fallen off the bandwagon and with the announcement that he will be returning to the Pirates franchise just further proof that his artistic credibility is dead. With drunken awards ceremony appearances and interviews where he admits to not really giving two hoots about his films, the time has come for the world’s love affair with Mr. Cool to end. Oh and Transcendence totally sucked.

Nicole Kidman – now officially box office poison after the insipid response to Before I Go to Sleep and Grace of Monaco, it seems as though all good will towards Australia’s golden girl is well and truly gone. With a seemingly cringe inducing turn in the upcoming Paddington, things don’t look any better in the near future for Mrs. Keith Urban.

3. The Fault In Our Stars – read my review here.

1. Guardians of the Galaxy – read my review here. 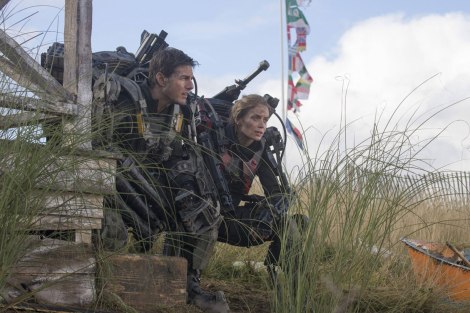 Godzilla – While it was in no way bad, Gareth Edwards update of the beloved monster lacked a certain something that may have stalled the legend from finding a new, adoring audience. Read my review here. 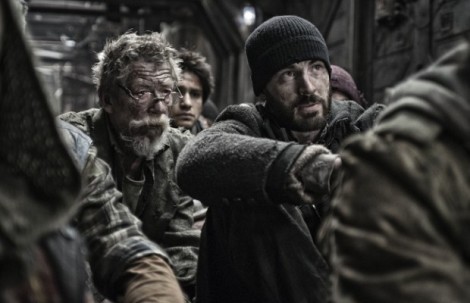 Snowpiercer – With all the talk about the Weinstein’s unhappy with the final product one thought this Sci-Fi was doomed to a life of mediocrity yet what we got is a cult classic in waiting that will continue to be discovered by audiences for years to come. 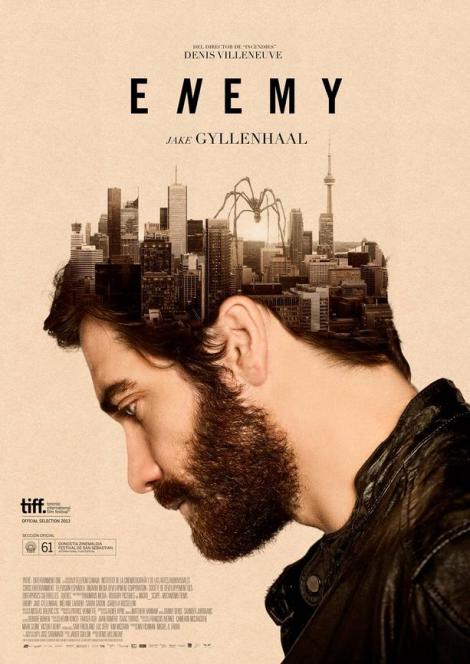 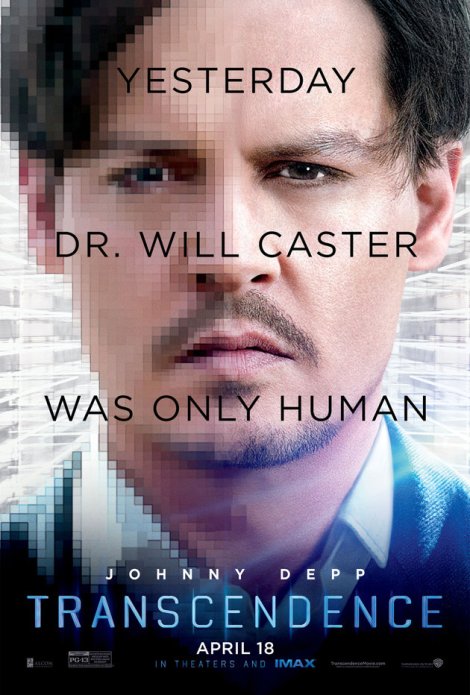 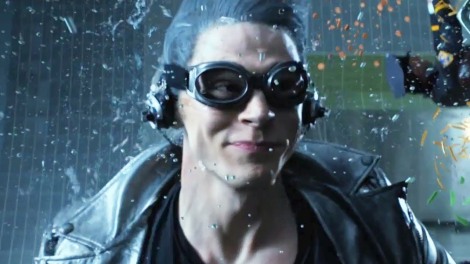 1. Interstellar – Realisation of time that has past, video log diary scene.

How does this overview of 2014 compare to your thoughts? Let us know what was good and what was bad about the year in film in the comments below. 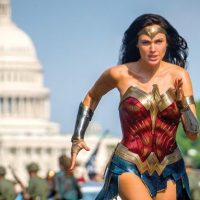 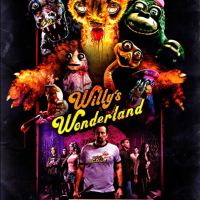 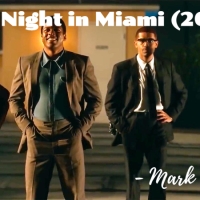 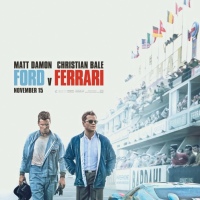 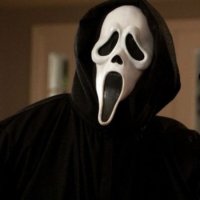