Rugby lover, growling singer, beer loving bogan and just general all round tough guy, the many faces of New Zealand’s Russell Crowe (we Aussie’s have somewhat adopted him) has seen his placing among the general population range from admiration to downright hatred. No matter how you personally feel about Crowe though there is little point in denying the power of the actor’s filmography.

Working with some of the world’s finest filmmakers and acting compatriots, Crowe has now over the period of multiple decades showcased his acting ability that finally came to an industry forefront with his grand performance as Maximus in Ridley Scott’s Gladiator in the year 2000. Oscar wins and nominations have followed and while Crowe has found some tough times at the box office in recent years he is still continuing to be involved in some exciting projects with his recent Water Diviner striking a chord with Australian film fans, in what is a new career step for him being the director of the film.

Picking a Top 10 from Crowe’s filmography was not an overly hard decision with his best films clearly standing out from a range of middle of the road pictures but this list is sure representation of a stunning body of work that many other actors would kill to have. 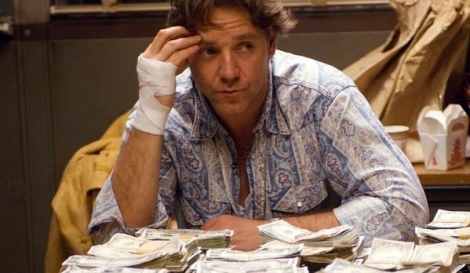 A fine entry into the crime genre of films, Ridley Scott’s American Gangster benefited from the casting of Denzel Washington and Crowe in the telling of the true life tale of heavy hitting drug kingpin Frank Lucas. Filmed with a professional eye and told in a never dull manner, this is great entertainment.

Hot on the heels of his star making turn in Gladiator, Crowe backed up his Oscar winning turn with this Ron Howard film that succeeded in showcasing to the world that Crowe was no one hit wonder. The true story of John Nash and his incredible yet volatile mind was a box office hit and won 4 Oscars including a Best Picture gong and remains one of Howards most accomplished films.

A film that many bypassed on release, Kevin Macdonald’s retelling of the famous TV series is a seriously fine thriller. Co-scripted by Nightcrawler’s up and coming director Tony Gilroy and with fine turns from Crowe as dogged reported Cal McAffrey and a suitably sleazy turn from Ben Affleck, this is a flick well worth checking out if you missed it upon release.

Teaming up once more with Ron Howard, Cinderella Man saw Crowe and Howard create one of the finest movie tales focussed around the sport of boxing we’ve seen. A lovingly crafted and respectfully told account of real life boxer Jim Braddock, this film didn’t see the same success that A Beautiful Mind did but it’s power is equal to if not higher than it’s more esteemed predecessor.

An ambitious and effective retelling of the stage staple, Les Miserables is a real cinematic achievement that deserved all its myriad successes. Working both as a drama and a screen musical, the film benefits from a universally on song cast and some strong direction by Tom Hooper.

Crowe showed everyone his acting power in the confronting Romper Stomper, a classic Australian flick

A raw and brutal look at racial tensions in the working class suburbs of Melbourne in Australia, this Australian classic saw for the first time a commanding lead turn from Russell Crowe in what still acts as one of his most committed and strong turns. The film is a stunning examination on an often taboo subject and is worthy of your time if you can track down a copy.

An Australian contingent leads the charge in Curtis Hanson’s fantastic noir drama focussed in the City of Angels. Guy Pearce, Crowe and a raft of others all excel in this cracking tale that features a stand out script and some stunning directional work by Hanson. It’s standing amongst cinema lover’s is recognised in its entry at number 95 on the IMDB Top 250.

One of Michael Mann’s oft forgotten gems, The Insider is an impeccably crafted thriller based around the true story of Jeffrey Wigand who is expertly played by Crowe before he hit the big time with his early 2000 acting turns. The Insider was rewarded with 7 Oscar nominations on release but has since been largely left out in the cold just waiting to be discovered by those that may’ve originally missed it.

Little needs to be said about Gladiator, a film that around 15 years ago heralded in the talent of Crowe and the return to form from veteran director Ridley Scott. A huge Box Office haul, countless awards (including a well-deserved Oscar for Crowe) and a stunning example of movie making craft, Gladiator is the full package and a movie that will live long in the history of cinema.

A hugely underrated film from the talented Peter Weir, Master and Commander may’ve done some O.K business at the box office and garnered 10 Oscar Nominations but to this day it remains largely forgotten about in almost all circles. A handsomely crafted, well-acted and suitably epic adventure on the high seas, Master and Commander is a gem of a film that showcases both Weir and Crowe at their very best and is one of the finest films set around the deep blue ever produced.

How does this list of Crowe films stack up to your favourites? Are there some Noah fans out there or perhaps some Robin Hood lovers? Let us know in the comments below!

For our other actor tops tens see below –

Leave a Reply to Talk Movies to Me Cancel reply 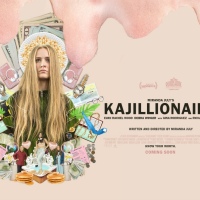 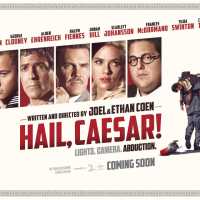