Throughout the past couple of years, Visual Entertainment Group and Shock have been re-releasing classic and previously unreleased cult films on DVD and BLU-RAY as part of the Cinema Cult collection; introducing a series of often obscure and always intriguing titles to a new audience. I have reviewed a number of these once they’ve been released; Knightriders, Black Christmas, Witchfinder General and Don’t Torture a Duckling among others, savoring the time spent with them as curiosities and the works of directorial masters.

Recently, I added Robert Wise’s 1977 horror oddity Audrey Rose to the list of films seen, and knowing nothing other than what’s typed on the blurb and that a young Sir Anthony Hopkins is featured, I found a film that burdened me with a sense of devastation from it’s dramatic opening before continuously surprising me with its evolving style and plot direction.

This change in style though, while I’m sure the element that guarantees it a cult film, doesn’t always work in its favor. Audrey Rose musters a strange flavor inclusive of supernatural horror, courtroom thriller and family drama, and at times this genre fan wished it stuck with the former and produced more goosebumps than legal battles.

Commencing with what has to be one of the most audacious shots of its type, the story follows the trials of Bill and Janice Templeton (John Beck & Marsha Mason), who’s daughter Ivy (Susan Swift) is suffering terrible nightmares and being stalked by a mysterious stranger who appears to not want to harm her, but simply be near her. This relentless man reveals himself to be Elliot Hoover, an emotionally drained traveler who lost his wife and daughter years ago in a tragic motor accident, and the consequences of his relationship with Ivy threaten to tear this family apart…

Admittedly, while the situation should draw an audience on its own accord, the elements of most interest here are Sir Hopkins and the great director, the late Robert Wise. Hopkins had had supporting roles in Hamlet (1969) and The Lion in Winter (1968) previously, and aside from some work for television, that’s about it, marking Audrey Rose as one of the Academy Award winner’s earliest film appearances. Wise though crafted one of the finest careers we’re likely to see, featuring horror (The Body Snatcher, The Haunting), science fiction (The Day the Earth Stood Still, The Andromeda Strain) and musical (West Side Story, The Sound of Music) favorites.

Many find flaw in the acting of the young Susan Swift in dramatic moments. This is unfair my opinion. She handles the majority of her challenging material with heart-wrenching realism, and if the quality of her performance falters its only because the quality of the film does also. Ultimately though, the bravery on display here and desire to travel to scarcely seen places are highs that far outweigh the lows, ensuring this to be yet another quality entry in a fantastic collection.

4 seconds of hypnosis out of 5 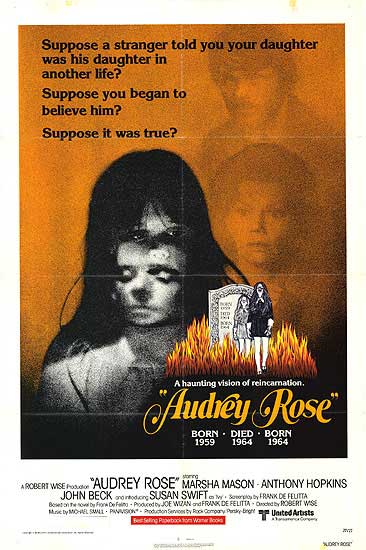 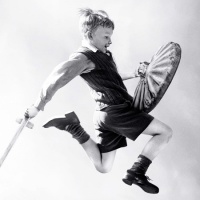 The diary of a little lost soul trying to find the meaning of her life.