Plot – This early 1900’s set story focuses on oil man Daniel Plainview (Day-Lewis) and his son H.W (Freasier) as they begin their oil empire in the lands of preacher Eli Sunday (Dano). The nature of Daniel’s unbelief and Eli’s stern teachings sees them clash in the harsh surrounds of the early American landscape.

“I like to think of myself as an oilman”

A stunningly original piece of film-making punctuated by two of modern day cinemas most explosive and intense performances, There Will Be Blood is the crowning moment in famed director Paul Thomas Anderson’s career and an epic that rewards multiple re-watches due to its weighty and potent subject matters from oil, religion and perhaps most importantly the art of seepage explained in layman terms.

TWBB is almost unclassifiable as it’s a film overflowing with ideas and possibilities, a sea of brain oil just bubbling below the surface. It’s a dramatic epic that sees the rise of oil man Daniel Plainview in the early beginnings of the industry in the United States, yet it’s also a film filled with personal pain and angst, a meditation of religion and faith and a showcase for the incredible flair Anderson has as a filmmaker.

Watched in a high definition format it’s undeniable that Anderson and D.O.P Robert Elswit created a film with images that live long in the memory, capturing a barren landscape that starts to brim to life with a living breathing oil lead economy. Whether it be stunning night time captured oil field fires, the beautiful surrounds of the California coastline or the sight of preacher Eli Sunday being dragged through the oil slicks by the scruff of his neck, TWBB’s images accompanied by Radiohead’s Jonny Greenwood’s criminally underrated score create a vibe unlike anything seen before or since in cinema, that’s only heightened by powerhouse acting turns.

In the role that rightfully saw him claim the Best Actor Oscar, Daniel Day-Lewis delivers one of cinemas most rounded and fully formed acting turns as driven by the lure of success Daniel Plainview. Plainview is an at times despicable creation that slowly morphs into a human being we can no longer justifiably support and his journey to the darkness of regret and anger is something to behold. While Lewis is and always will be the biggest star of this show, what elevates TWBB even further to its near perfect status is that of the star making turn of Paul Dano, who possesses an immense amount of energy into his religious zealot Eli Sunday, a man of faith who clashes with Daniel’s morals and plans more than once, in turn allowing one of cinemas great and unlikely rivalries to flourish. Taking nothing from Lewis’s performance, Dano is unquestionably a support that only but heightened an already great central turn.

TWBB is a film that will alienate some viewers with its uneasy and unnerving tone but for all those that get swept away in the grand tale of the American Dream told in a way we’ll never see again, TWBB will act as an unforgettable and much talked about all-time favourite. Celebrate the joys of movie making at its finest with milkshakes all round!

5 promised church donations out of 5 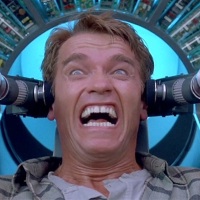 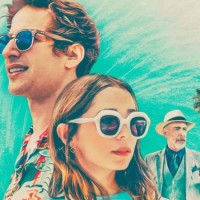 Josh At The Movies
Mike's Movies

Meandering through the world of cinema

Goes To The Movies

Reviews and recommendations on top movies and films.

Where I talk about movies, TV shows and other things close to my heart.

a podcast about the everyday struggle of being an independent filmmaker

A news and review site dedicated to all things movies.

Horror Gaming Coverage You Can Rely On

On The Subject of Horror

Horror, Classic Sci-Fi, + B-Movie Reviews, And A Few Other Things