Plot – Christine (Kidman) wakes up every day with no memory of her past or who she is, her husband Ben (Firth) must consistently remind her of her life’s story. When Christine’s dealings with Dr. Nasch (Strong) start unlocking hidden secrets, Christine begins to question just what occurred before her memory failed her.

“Tonight, as I sleep, my mind will erase everything that I know today”

Based on S.J Watson’s bestselling novel, Rowan (son of Roland) Joffe’s eerie thriller Before I Go to Sleep came and went faster than a power nap upon release late last year, despite featuring the name actors of Nicole Kidman and Colin Firth, watching it now it’s not hard to see why the film which can be sporadically gripping, failed to resonate into an audience pleasing thrill ride.

Sleep starts off in a very promising fashion, there’s a sense of unease and intrigue as we question just what has happened to Kidman’s Christine (the wife to Firth’s Ben) who can’t maintain memories after an horrific accident left her brain damaged. Joffe does a fine job at milking tension out of this scenario, who do we trust? Who is playing who? Like all good thrillers there questions we want answers to but Sleep’s biggest problem and a problem that is far too common among modern day thrillers is in its answers, answers that seem to diminish what has come before it. It’s hard to lay blame on a singular person or element of the film in this regard but the films last act feels like a real non-event and a conclusion that doesn’t justify the journey.

This journey one takes watching Sleep is quite clearly one that very few wanted to take, the box office figures and reception this film received upon original release would suggest that there was a severe lack of people clambering to see this film and it would be apt to also mention the box office poison that Australia’s very own Nicole Kidman has become to her film projects.

While one could argue that Paddington has been a decent success, Kidman has seen an increasingly downward spiral of box office returns for her film projects and it seems cinema lovers have grown ever so tired of her screen persona that doesn’t do much in this film. Kidman seems to be lacking that acting mojo that saw her at one time become one of the most successful actresses in the business but if ever she needed to perform it’s this year, otherwise she may forever be stuck in the doldrums.

Before I Go to Sleep ends up feeling like a bit of a feature film non-event, nothing brings this tale up to anything more than you’d be expecting from a made for TV midday movie. For the first hour or so Sleep keeps going along as it does, enough to warrant audience investment but pretty quickly you begin to realise the biggest trick the film plays is making you think it’s anything but a straight down the line mediocre thriller that doesn’t have reward for time spent on it. With another so-so Kidman turn at the front and centre, there’s nothing here to truly recommend a watching.

2 and a half video diaries out of 5 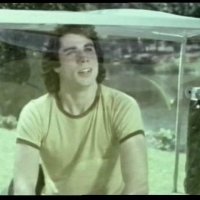 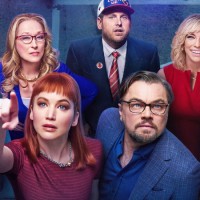