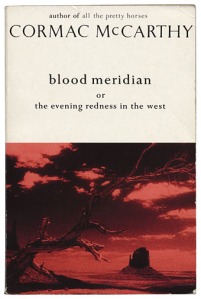 Inspired by Jordan’s list of 10 Books That should Be Movies, this opinion piece delves in depth into one of those mentioned titles.

There are undoubtedly a huge number of published books with the potential to be made into feature films, with a large number of these considered unfilmable, being too layered or epic to become a worthy feature film. We know of the oft gestated Dark Towers trilogy by Stephen King, and there’s mind benders like House of Leaves by Mark Z Danielewski and literary classics like J.D Salinger’s The Catcher in the Rye, beloved books that fans just can’t see transferring onto the silver screen (although I’ve always argued that Rye in particular could become a truly great cinematic vision) – then there’s Cormac McCarthy’s Blood Meridian: or the Evening Redness in the West.

“A man’s at odds to know his mind cause his mind is aught he has to know it with. He can know his heart, but he dont want to. Rightly so. Best not to look in there. It aint the heart of a creature that is bound in the way that God has set for it. You can find meanness in the least of creatures, but when God made man the devil was at his elbow. A creature that can do anything. Make a machine. And a machine to make the machine. And evil that can run itself a thousand years, no need to tend it.”

First published in 1985, Meridian has in the years since its release been recognized as one of modern literature’s most important published stories. It’s a truly unique vision, an incredibly descriptive and haunting tale set in the harsh surrounds of the brutal Wild West and a tale that isn’t afraid to touch on the otherworldly with its musings on life and death and even the insinuation that some of it’s characters may in fact not even be human. Over the course of 327 or so pages, Meridian casts a spell over the reader in a way in which many books can only dream to do, yet while McCarthy’s works have been successfully transplanted to screen with hits like No Country For Old Men and the striking The Road, Blood Meridian is still to this day no closer to making a big screen appearance than when it was first born.

Meridian’s so far failed journey to the big screen is not it must be made clear due to a lack of interest from within the industry. For many a year renowned director Ridley Scott had spoken about his desire to turn this tale into a feature film, while frequent literary pilferer James Franco even shot test reel footage to try and drum up interest in him taking on the project as a director/star (I’m yet to be convinced this would’ve been a good fit) and rest assured there would be many a Hollywood stalwart that would be fighting to take on roles in the film with potentially Oscar baiting turns with roles such as The Judge (I’d always thought Philip Seymour Hoffman would’ve been great here). So what exactly is it that’s holding back this stark vision from our cinema screens?

Scalp hunting, wanton and vicious violence, ambiguous endings and more life pondering than an average teen romance novel; Blood Meridian is filled to the brim with loaded and incendiary themes. It’s a tale that may at once seem simple: a young boy finds himself a member of a bounty hunting/Indian hunting gang, but McCarthy creates a tale that is anything but. While McCarthy is no stranger to writing award winning tales, Meridian is his cornerstone work, a piece of written prose that will forever be his crowning achievement. It touches on many of the themes that run through the veins of his works but it portrays them in a way that draws the reader into a world that despite its vile nature grabs you and doesn’t let go. If a filmmaker were to come to grips with what lays at the heart and soul of this journey, a western like no other would be created and a film event for the ages could come to life before our very lucky eyes.

In a world were books nearly outnumber us mere mortals, Blood Meridian lies at the top of the pile of unmade novels, a creation just waiting to be bought to feverishly intense life. While we fans of this masterpiece wait patiently for the right person to come along and grab this book with both hands and desire it to be a faithful and uncompromising adaptation, we can be thankful that Blood Meridian even exists. In a world that is often so full of imitators and forgettable works, McCarthy’s work lives alone in one of the most haunting yet magnificent worlds ever imagined and a world that is a lot closer to ours than many of us would care to admit.

“War was always here. Before man was, war waited for him. The ultimate trade awaiting its ultimate practitioner.”

Have you read Blood Meridian? Do you think it would make a great film? Who are some actors you’d love to see cast in a film version of this tale? Let us know in the comments below, we’d love to hear from you! 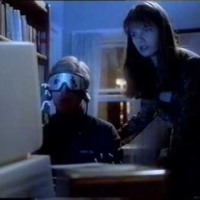 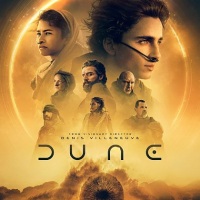