Plot – In the aftermath of a world changing disaster, farm girl Ann (Robbie) takes sick scientist John (Ejiofor) into her home, a home in a valley of natural beauty that has been spared from the horrors the engulfed the land. A friendship between the two arises that is tested when wondering miner Caleb (Pine) arrives at the farmstead also.

Craig Zobel’s ponderous and impeccably captured post-apocalyptic adaptation of Robert C. O’Brien’s much loved novel is a film fraught with an uneasy tension and played out by a trio of on form actors led by the increasingly impressive Margot Robbie and acts as one of the year’s most unique and quietly devastating films.

Z for Zachariah is a post-apocalyptic tale unlike any other, taking place in the beautiful and unnamed surrounds of a valley untouched by the traumas that have clearly ravaged the world around it. The film takes place in its entirety here and Zobel wrings tension from the smallest of glances or the shortest quip of the tongue, caring little for action or large events, it’s a quiet film and a stoic one but a film none the less confident in its deliverance that embeds the film with a power that in turn entraps the audience in its grasp for its 90 minute runtime as its made clear this valley of solace and respite can to harbor the dangers and perils that lay outside its boundaries.

Zachariah features three performers, Robbie’s religiously devout and hardworking Ann, Chiwetel Ejiofor’ more atheist minded scientist John and Chris Pine’s mysterious blue collar miner Caleb. Through these characters we get small snippets of how the worlds traumas have affected them, Ann’s family (who lived in the valley for generations) left, intent on finding survivors, John has a mind on the future while Caleb harbors belief that there’s in fact a safe haven populated by survivors out in the lands somewhere. Robbie’s the stand out here, her Ann is a believable character, still holding onto the good things in life and Robbie plays her free from the pristine looks that made her such a star in Wolf of Wall Street and made her the standout of the forgettable Focus. With Robbie on song the trio play off each other fantastically as slowly but surely tensions arise within as affections are played out under the overhanging gloom of the world’s demise.

Much of what happens within Z for Zachariah is played out with a nuance and deft hand, the film in particular may frustrate with murky motivations and an at first abrupt ending but Zobel’s stunningly photographed and wonderfully acted character study is a film that lingers in the mind and is both another feather in the cap of Robbie’s and a worthy entry to the stand-out end of world movie lists with its original and religiously tinged musings on mankind when our way of life is uprooted by unimaginable tragedy.

4 ominous church organ ditties out of 5 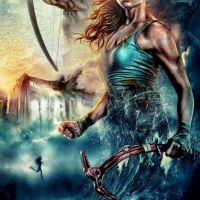 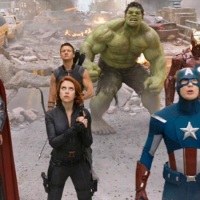 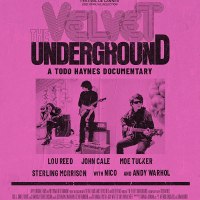