Plot – Out of the maze and into the scorch, The Gladers as led by Thomas (O’Brien) find themselves on the run in the desolate and dangerous landscape of the now inhospitable American wastes. Chased by the nefarious Janson (Gillen) The Gladers must face life and death on their escape to freedom.

“I don’t think anybody every really leaves this place”

Forgoing the overrated and overstated hype of the now thankfully finished Hunger Games franchise and the terrible blandness of the Divergent/Insurgent series and what your left with for futuristic Gen Y kicks is the highly enjoyable and baggage free Maze Runner series, a series that seems to know and understand what it is and has fun doing it along the way.

Returning to the director’s chair once more, Wes Ball and his cast of willing young stars continue on with their good work they started within the original film and while The Scorch Trials misses out a little on the underlying mystery and unique premise that propped up the original adventure there’s still a sense of adventure and thrills that starts off the new film and continues on throughout.

So often films cut from the same cloth of The Scorch Trials try and bring gravitas and unnecessary emotional baggage to the stories that needed to instead streamline their focus onto their strengths not ad to an already loaded premise and that’s where the Scorch Trials really succeeds.

We know just enough to care and hero’s’ and villains don’t need to much exposition to make us understand why they tick and Ball has a blast exploring the now ‘crank’ infested wasteland that was once America and as he did with the first Maze Runner adventure action comes on thick and fast yet is handled with a certain flair that makes it that much more engaging.

While the film’s final stanza falls a little flat, scenes including a frenetic chase through an abandoned shopping mall, an explosive music led factory fight and a tunnel escape that leads into a fallen skyscraper are all a league above usual such event films and Ball should be credited with keeping the film ticking along at a pace that feels justified in its 2 hour run time.

The Scorch Trials is under no illusions as to what it is and while dialogue and characters are all stock standard this is a highly enjoyable and perfectly paced dystopian adventure film that has successful marked the Maze Runner series as the best of the bunch of recent Gen Y book adaptations and a highly effective actioner in its own right.

3 post-apocalyptic Gustavo Fring’s out of 5 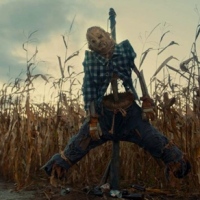 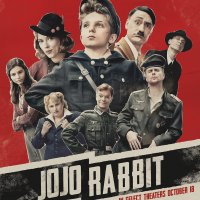 Giving my own thoughts on all things movies, gaming, and television

My newest available on Amazon, Lulu, and Barnes and Noble Online

"The stories we love best do live in us forever."

my opinions and stuff

Take your life and make it a masterpiece

Or 'take a masterpiece and let it inspire your life'?

The Month in Cinema

The best of this month's celluoid.

A look at the science, history, and/or mythology behind cult and genre cinema