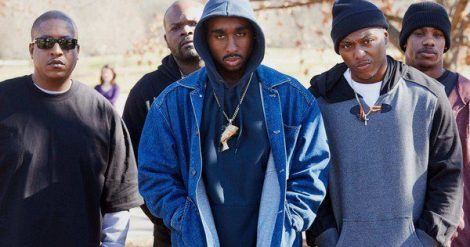 Plot – A biopic of renowned rapper Tupac Shakur (Shipp Jr.), from his rise to fame to untimely demise at the age of just 25.

First things first, All Eyz on Me is no Straight Outta Compton.

While not ground-breaking by any means, F. Gary Gray’s NWA biopic was a relatively polished, well structured, smartly written and memorably acted rap bio that captured the feeling, the sense of time and the drive of what made the hip hop group a worldwide sensation.

After the huge success of that film, there was always going to be imitators that too looked to cash in on audience appetite for strong hip hop music bios and Benny Boom’s film is the first cab off the rank in this post-Straight Outta Compton world.

I must admit to not knowing a huge amount about rap superstar Tupac Shakur’s history or his music, bar the typical hits we’ve all grown up around and after watching Boom’s effort to shine a light on the deep thinking yet troubled artist, I’m not sure All Eyez on Me will be either a worthwhile insight for newbies like me or a meaningful experience for those Shakur diehards that have been acolytes for many a moon.

The most glaring issue with Boom’s film is the fact that unlike Compton, this film feels like a cheap and nasty TV like production. There’s very little polish to anything that is visible on screen from dire editing, weak script work through to some rather poor direction and All Eyez on Me feels more like a re-enactment of key moments of Shakur’s life rather than an embodiment that captures the essence and time and place of one of the key artists of the modern era.

The other huge failing of the film is it’s ensembles inability to nail a single performance in the film.

From child actors who feel as though they were plucked without merit from the closest school to film a quick scene through to newcomer Demetrius Shipp Jr’s heartless take on Shakur, Boom’s cast often struggle to make scenes work through overplayed acting, soulless delivery of lines and just a general lack of skills.

It’s great that the film worked hard to cast actors that look like their real life characters, Shipp Jr really does look like Tupac come to life, but it’s been a long long time since I’ve witnessed such a dire collaboration of actors who all fail to fire at the same time.

All Eyez on Me other main issue is in making Shakur a likeable figure. Often coming across as arrogant or downright stupid, no amount of Shakespeare can cover the fact that Shakur’s rise from an underprivileged youth to world conquering rap artist is anchored down by the man’s ability to make dumb decision after dumb decision and with a script that would rather have Shakur spurting out verbal abuse than offering insight into the inner mind of the man, the film ends up failing to enrapture us with Shakur’s journey.

More like a collection of key moments of Shakur’s life rather than a flesh and blood narrative, All Eyez on Me squanders a no doubt incredible and once in a life time story on a lifeless big screen experience. Capturing none of the magic of the artist or the essence of the man who became a cultural icon by the age of 25, All Eyez on Me is for diehard Tupac fans only, who even then are likely to be left cold by this instantly forgettable and amateurishly conceived biopic.

1 Shakespeare quote out of 5 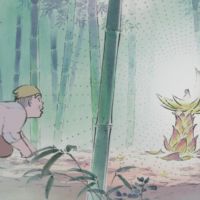 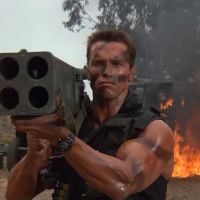 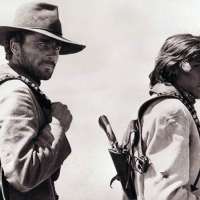 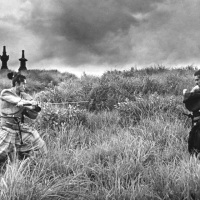 A space for my brain to unspool from it’s metaphorical film reel...

Cinema is paradise, and here is the journey to it!