The third in the loosely connected series following Special Agent Leon S. Kennedy (of Resident Evil 2 & 4 fame), as he this time is accompanied by BSAA Captain Chris Redfield (a series stalwart) and fan favourite Professor Rebecca Chambers, whose place in the overall character web is as important as it is underutilised, given her appearances in the first game and its later prequel, brings the bio-terrorism action to New York City as a weapons dealer out for revenge for the death of his wife ignites a dormant A Virus (I do remember fondly the simpler days of the T Virus), turning the areas citizens into a hoard of the undead.

Having both taken different paths in their inescapable campaigns against the human evil behind viral weaponry, with Leon also ensuring to bring his barber along for the journey and Chris his personal trainer (seriously, if his arms get any bigger I expect them to get their own spinoff), the two must first settle their differences if they’re to thwart another plot and together ponder the difference they’re really making if the same evil continues to resurface.

Offering rotting Rottweilers, a feasting zombie homage to the unforgettable first sighting in the ’96 original, a new (very grizzly) spin on the laser room made popular by the live action franchise and appropriately impossible action sequences, Resident Evil: Vendetta is guilty pleasure fun for long-term devotees, but similar to Degeneration and Damnation before it, by removing the sense of vulnerability and subsequent adrenaline felt with a controller in hand, the film is far less exciting than it is nostalgic. Watching it I was surprisingly struck by just how absurd the zombie as a monster is, and was reminded of George A. Romero’s description of them being us, that’s all. They’re us; their instincts and motions, and in Vendetta seeing them infected, attacking their peers/loved ones and then being extravagantly terminated by our heroes ignited far deeper thoughts concerning the humanity of it all than I’m sure it really intended… especially considering the film’s ending.

If you’ve read this far, then I’m guessing you’ve already explored the Spencer Mansion, escaped Rockfort Island and rescued the President’s daughter form the Las Plagas of Eastern Europe, and you’ll not be surprised at the mention of an inappropriately outfitted villainess, her bulking Nemesis-like accomplice, Leon navigating a high-rise scientific complex on a motorbike or a final boss whose ultimate mutations fall somewhere between John Carpenter’s The Thing and Edward Scissorhands. This is Resident Evil, and though its more the jumbled mess of no. 6 than the return to the series’ horror roots of no. 7, it’s a welcome diversion anyway.

3 remote-controlled cars out of 5 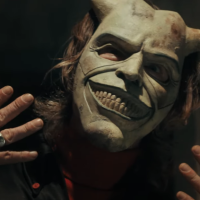 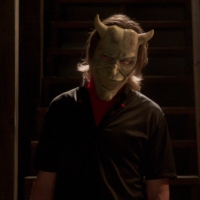