Prince Nuada in The Golden Army

An opinion piece by Jordan

Guillermo Del Toro as a director is an enigma; a creative and imaginative mind capable of realising tremendous visual designs, but whose body of work is not as prolific as his glowing reputation suggests.

His early work Cronos (1993) is cleverly imbued with both the older and more contemporary styling’s of vampire mythology, Pan’s Labyrinth (2006) is the mesmerizing war-time fable of a young girl’s troubled imagination that won him major acclaim and Pacific Rim (2013), while heavily influenced by Japanese pop-culture, was the bombastic, fresh action blockbuster the industry needed. In a manner not dissimilar to Tim Burton, some audiences also assumed him to be the director of films he’s produced, such as The Orphanage (a good film by J. A. Bayona), Julia’s Eyes (a reasonable film by Guillem Morales) and Don’t be Afraid of the Dark (a particularly bad film by Troy Nixey).

Then there is the extensive list of unrealised projects he’s been attached to, and this is where the frustration lies…

In 2008, Del Toro was reportedly attached to the live-action adaptation of the popular Halo games series, before he decided instead to direct his attention to the Lord of the Rings follow-up trilogy The Hobbit. The Hobbit didn’t quite turn out the way anyone planned (or, if it did, then it wasn’t planned entirely well), and the three entries were ultimately directed by Peter Jackson, with Del Toro using this period to instead plan for an adaptation of H.P. Lovecraft’s At the Mountains of Madness, which was to be produced by James Cameron. This brings us to the below…

Perhaps this will be divisive, but in my opinion his finest achievement as director is his double-dose of Hellboy; two films that instil the world of the Dark Horse Comics hero with vividly pronounced grandeur, wonderfully committed performances (Ron Perlman and Selma Blair in particular) and dry humour/banter that proves invaluable to their appeal. Though in hindsight it perhaps shouldn’t of been, the quality of his 2004 original was surprising, but when The Golden Army arrived in 2008 its masterful artistry, set design and villain as complex as the mechanism that power said Army lifted the potential trilogy into rarefied heights.

Unfortunately, and again perhaps this shouldn’t of been a surprise, a trilogy it wasn’t to be.

After At the Mountains of Madness was abandoned due to financing difficulties, the same fate apparently met the conclusion of the Hellboy saga, with a predicted lack of theatrical success keeping backers away. Making this all the more disappointing was the proposed synopsis, which saw the chocolate-loving hero meet his inevitable, dark destiny as the Apocalypse engulfs humanity. Given Del Toro’s brand recognition at this point, and the fact that previous Lovecraft movies Re-Animator and From Beyond (both directed by Stuart Gordon) have become phenomenal cult successes, news that studios would shy away from involvements with him was surprising, as was his decision, despite involvements with ultimately respectable projects Godzilla and The Wolverine, to eventually make the bizarrely confused, underwhelming Crimson Peak.

I understand that Ron Perlman isn’t getting any younger, and that a lot of time has now passed since that astonishing, heartbreaking appearance of the Last Elemental in Hellboy II, but that such exciting ideas to conclude this story were never realised is one of the great shames of cinema.

With the recent announcement that Neil Marshall is to direct a reboot to be released in 2018, subtitled Rise of the Blood Queen, the flickering flame of any continuation of Del Toro’s vision has finally been extinguished. Starring David Harbour as Hellboy and Milla Jovovich as the titular Queen (an astute casting decision), the onus is now on Marshall to satisfy the fans of  both the niche Dark Horse classic and those left longing from the above events, and given his one-two punch of Dog Soldiers (2002) and The Descent (2005) left horror fans astounded and comparing their effect to the genre’s seminal classics, I’m confident he’s capable of picking up our hopes and piecing them back together.

What do you think? Are the Hellboy movies really that good? Is a reboot a good idea? Let us know in the comments below! 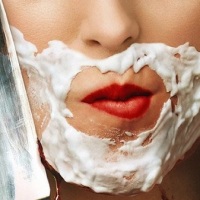 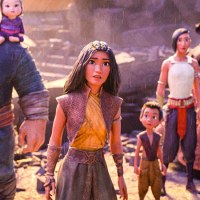 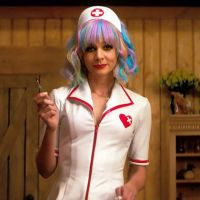 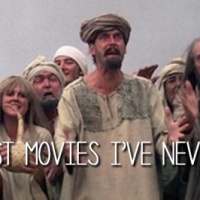