Plot – Based on the true story of 19th century English explorer Percy Fawcett (Hunnam) whose tireless work on discovering a mysterious Amazonian civilisation made him a household name despite his personal costs and eventual disappearance in the jungle in the 1920’s.

“A man’s reach should exceed his grasp, or what’s a heaven for?”

It seems like many moons ago that we first heard of news of a big screen adaptation of The New Yorker staff writer David Grann’s famed non-fiction novel The Lost City of Z.

At one stage or another starring Brad Pitt and then Benedict Cumberbatch as real life early 19th century explorer Percy Fawcett, this passion project of acclaimed dramatic director James Gray is a visually sumptuous epic that draws out the best big screen performance yet from its leading man Charlie Hunnam, as we’re drawn deep into the Amazonian jungle as Fawcett and his small band of men venture off into the wilds to find evidence of a mysterious ancient city that would rewrite the history books.

It’s fantastic that Gray stuck by this fascinating story and ploughed on no matter the hardships as The Lost City of Z feels like an adventure film from yester year.

Filmed beautifully on 35mm film by DOP Darius Khondji, Z feels like it’s come directly from films of old and Gray cares little when it comes to Hollywoodizing Fawcett’s intriguing story, one that is more focussed on one man’s journey to prove his convictions right in the face of overwhelming odds and while the film takes detours to World War 1 and back to the green fields of England, Gray’s tale is mostly centred around Hunnam and his arduous treks into the heart of the jungle and into the very heart of madness itself.

After a string of rather mediocre big screen turns, it’s great to see Hunnam shed his Sons of Anarchy persona to embody Fawcett’s stoic determination and rock solid charisma and while ably supported by the likes of Robert Pattinson, Sienna Miller (in yet another low screen time turn) and Spider-Man himself Tom Holland, this really is the Hunnam and Gray show.

No better displayed than when we’re thrust deep into the dangerous and ominous Amazonian jungles, when Hunnam and Gray hit the waters and we go alongside them, Z’s ability to transport us to this time and place is second to none. Which makes it a shame that Gray’s film lacks a true emotional connection to pull us into this world even more.

It’s not easy pinpointing exactly why or how but despite Z’s quality production and committed turns, Gray’s film harbors a coldness to proceedings that makes it’s supposedly emotionally charged human interactions and the films sombre end coda less impactful that one would’ve hoped.

If Z had managed to connect us more to its emotional tics and the culmination of Fawcett’s ambition that was edged forward no matter the cost to his personal wellbeing or family life, it’s highly likely that this often impressive feat of filmmaking would’ve been more of an event it has ended up being.

There’s a lot to like about The Lost City of Z and Gray’s refreshingly old school approach to Fawcett’s fascinating story should be commended but the films disappointment in the emotional connection stakes holds it back from discovering its true potential, despite Gray’s best efforts and proof that Charlie Hunnam can in fact act.

4 upset Peter Parker’s out of 5 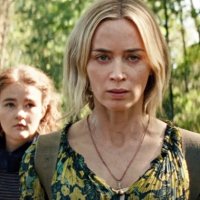 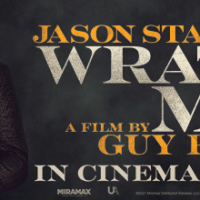 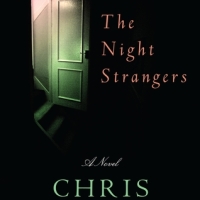