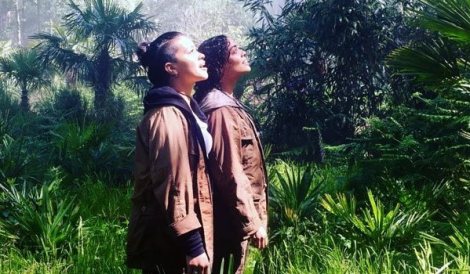 Annihilation looks set to be a stunning sci-fi experience

2017 wasn’t a particularly memorable year for film, so surely we are well past due for a standout movie year?

There is of course an abundance of high profile sequels, comic book adaptations and high budget affairs coming our way, as is the case every other year, but after scouring the world wide web I believe these 10 films listed below could truly make 2018 a fantastic year for filmgoers.

There’s particularly a lot on offer for the Sci-Fi movie loving crowd and some new exciting projects from some of the industry’s brightest filmmakers such as Damian Chazelle and the long awaited return of Steve McQueen and while it’s hard to say for sure that these directors will hit it out of the ball park, you’d be a brave man to suggest that they won’t.

In 1850s Oregon, a gold prospector is chased by the infamous duo of assassins, the Sisters brothers.

Based on the well liked book of the same name, Jacques Audiard directs his first English language feature film with this star studded affair. A film that will hopefully provide thrills, chills and even some laughs, The Sisters Brothers appears set to be a unique and imaginative ride through the gold hungry American west of the 1800’s.

A wolf hunter tracks down a young child in the Alaskan wilderness.

To me Jeremy Saulnier has for the last few years been a filmmaker that’s “almost” hit it big. Blue Ruin and The Green Room were two little seen but well-received thriller’s that suggested the director was someone to keep a close eye on and this Netflix backed venture could well be the young filmmakers true breakout hit.

After a well-deserved Oscar win, Casey Affleck almost immediately set his sights on directing and starring in this gritty sounding drama. Advance hype all seems to be suggesting this acting heavy tale will be a potential awards player this year and if Affleck can take some momentum from Manchester by the Sea into this production, we should be in for a real dramatic treat. 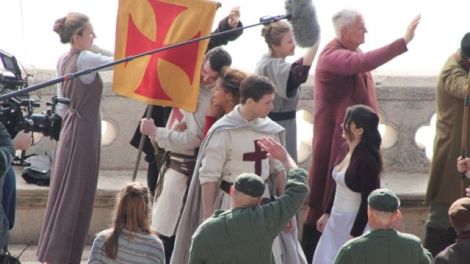 A gritty take on the classic Robin Hood story.

Ridley Scott’s 2010 version of Robin Hood left many feeling cold towards a beloved story that deserved a far better big budget feature. While we haven’t seen or heard too much about debut feature director Otto Bathurst’s fresh take on the tale, with a cast as good as this and with all the stars seemingly aligning, here’s hoping this Robin Hood is a the beginning of something special.

Ryan Gosling will star in this sure to be awards favourite

He conquered the box office and critics around the world for good reason with his musical masterpiece La La Land so it’s something worth getting excited about when Chazelle will be releasing his Ryan Gosling starring Neil Armstrong biopic this year. Filled with a great ensemble cast, The First Man should be another winner for a young filmmaker who has quickly established himself as one of the premier directors working today.

With a hip cast, The Predator could be a great popcorn event

Like Predator 2 never happened and poor old Predators from a few years back, super-fan Shane Black is looking to bring the Predator series back from the dead with this star-studded and hopefully terror filled venture. Black has long been a writer and director of considerable talent and all signs point to this “true” sequel being a great big screen experience.

Plot Unknown. Based on the Marvel Comic character.

Normally this type of film wouldn’t get me too excited but with British superstar Tom Hardy on board and the attachment of Zombieland filmmaker Ruben Fleischer, Venom could be quite the comic book adaptation. Venom is a dark character and one Hardy should be able to make his own and while the plot has so far been kept under wraps, should this big-budget event take on a more original approach than is usual for the genre, Venom could be a real winner.

Full of fun visuals and actions scenes, Ready Player One should be a great big screen spectacle

When the creator of a virtual reality world called the OASIS dies, he releases a video in which he challenges all OASIS users to find his Easter Egg, which will give the finder his fortune. Wade Watts finds the first clue and starts a race for the Egg.

Ernest Cline’s 80’s infused adventure wasn’t exactly the best book ever written but it sure was a lot of fun. With Steven Spielberg behind the camera for what will be one of the famed director’s most purely entertaining films in sometimes, this effects heavy big screen spectacle should be a fantastic time out at the movies and a potential franchise starter should everything pan out well. 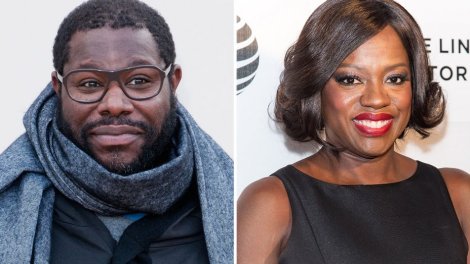 Set in contemporary Chicago, amidst a time of turmoil, four women with nothing in common except a debt left behind by their dead husbands’ criminal activities take fate into their own hands and conspire to forge a future on their own terms.

It’s been some time since we last had a Steve McQueen film coming our way and after the huge success of 12 Years a Slave both commercially and critically, it’s been a long wait. Widows sounds like a unique and intriguing feature film with one of the year’s best cast lists. With a so far impeccable filmography, you’d be expecting Widows to be yet another fine McQueen feature.

Nathalie Portman gets serious in Annihilation

A biologist signs up for a dangerous, secret expedition where the laws of nature don’t apply.

Always a talented writer, Alex Garland became a filmmaker of note with his 2015 sci-fi Ex_Machina. Returning once more to the genre that has served him so well, Garland is adapting Jeff VanderMeer’s well regarded book of the same name with an all-star cast at his disposal and everything on paper seems to suggest Annihilation will be one of the year’s must-see events.

The Best of the Rest

The mysterious past of a fishing boat captain living in the Caribbean comes back to haunt him, ensnaring his life in a new reality that may not be what it all seems.

Set in a Chicago neighbourhood nearly a decade after an occupation by an extra-terrestrial force, Captive State explores the lives on both sides of the conflict – the collaborators and dissidents.

13. The Kidnapping of Edgardo Mortara

The treatment of a young Jewish boy, forcibly raised as a Christian in 19th century Italy, creates a furore which pits the Papacy itself against forces of democracy and Italian unification.

In 1892, a legendary Army captain reluctantly agrees to escort a Cheyenne chief and his family through dangerous territory.

A true David v Goliath story of how the great 14th Century Scottish ‘Outlaw King’ Robert The Bruce used cunning and bravery to defeat and repel the much larger and better equipped occupying English army.

An elderly bank robber, who had managed to escape from prison over a dozen times in his life before moving to a retirement community, looks to spice things up with another heist.

The plot is unknown at this time. Follows the adventures of the Avengers as the try and save the world.

A mute bartender goes up against his city’s gangsters in an effort to find out what happened to his missing partner.

An other-worldly fairy tale, set against the backdrop of Cold War era America circa 1962. In the hidden high-security government laboratory where she works, lonely Elisa (Sally Hawkins) is trapped in a life of isolation. Elisa’s life is changed forever when she and co-worker Zelda (Octavia Spencer) discover a secret classified experiment. 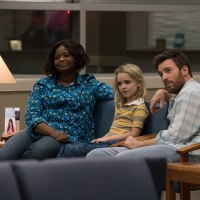 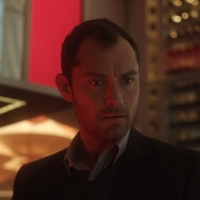 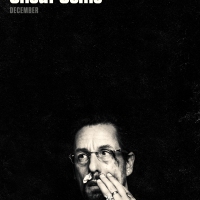