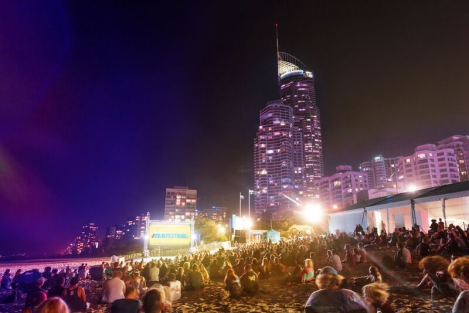 Local and international film fans are in for a treat this year with the 17th official Gold Coast Film Festival launching this April.

While full event schedules and screenings are still to be officially announced one thing is for sure, this year’s Festival is jam-packed with events for all different ages and tastes, hopefully making it a year to remember for attendees!

Located in the heart of Queensland on world famous beaches and locations, this year’s Festival provides the perfect excuse to pay a visit to one of Australia’s most beloved locations!

I look forward to seeing you all in April.

GOLD COAST ROLLS OUT THE RED CARPET THIS APRIL

The Gold Coast will host film lovers, aspiring filmmakers, film stars and families from all over Australia as the 17th annual Gold Coast Film Festival takes place from Wednesday, April 3 until Sunday, April 14.

The 12-day festival brings film to life with a stellar program featuring more than 100 film and film-related events which aim to entertain, educate and provide a platform for emerging Australian filmmakers to showcase their talent.

With some of the biggest International blockbusters filmed on the Gold Coast in recent years, the festival further cements the Gold Coast region as one of Australia’s leading filmmaking destinations with Australian filmmakers and their crews selecting the City as a location of choice.

The celebrated film festival gets started with an red-carpet Opening Night on Wednesday, April 3 at HOTA, Home of the Arts to officially launch the program of exciting film-inspired events.

Catering for all festival-goers from industry professionals to aspiring filmmakers, avid moviegoers and families alike, the jam-packed program will officially launch at the start of March, revealing the line-up of feature films and documentaries, including world cinema and Australian independent films.

As this years’ festival coincides with Easter school holidays, the festival has added a host of activities and workshops to the program to instigate interest and opportunity for budding film enthusiasts and future filmmakers.

In the spirit of celebrating the Queensland film industry, the festival will honour those who contribute to the success of the industry at the prestigious Chauvel Award held on Thursday, April 4. On the night an outstanding individual will be honoured for their marked contribution to the Australian film industry. 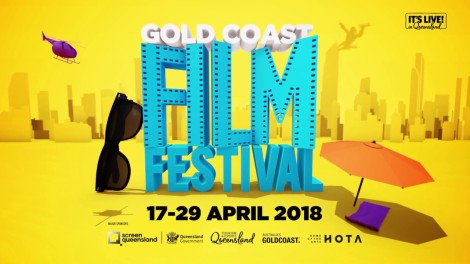 The famous Shorts in Paradise Festival (SIPFest) event will return to the 2019 program on Saturday, April 6 with 14 finalist short films set to be screened with the iconic Surfers Paradise beach as the backdrop.

The 15-minute cinematic gems are sure to capture the hearts and minds of viewers and instigate memorable conversations long after the films have been screened.

This years’ event will see the return of some of the festival’s most popular events included the Women in Film lunch at QT Gold Coast now in its fifth year, Movie and Music Trivia Night, Movie Locations Tours, and Seniors Morning Tea and Movie sessions.

The Gold Coast Superhero Weekend (formally QPOW) film screenings will take place in Broadbeach Friday, April 12 and Saturday 13th April, while down in Coolangatta a beachside screening night is set to be held under the stars on Friday April 5th.

The Gold Coast Film Festival will finish with yet another gala event on Sunday, April 14 with the red carpet rolled out for the Closing Night Film.

Festival-goers are invited to make the most of the festival and take up a festival-only accommodation rate of 20 per-cent off the best rate online at QT Gold Coast. To access rate please visit http://www.qthotelsandresorts.com/gold-coast/  use promo code GCFF19.

If you are wishing to submit a film for Festival consideration this can be done HERE, entries closing Jan 31st.

To keep up to date with news, dates/times and everything else please visit the Festival’s official website – http://www.gcfilmfestival.com

Horror comes to the Gold Coast in April! 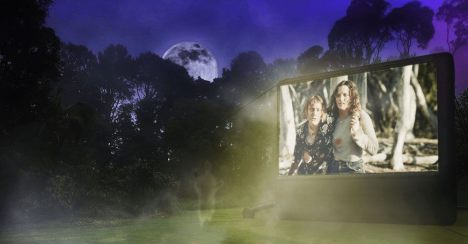 The Gold Coast Film Festival will unleash its own version of ‘Fright Night’ when it hosts the Australian premiere of a bloody survival thriller in the spine-tingling dark of Springbrook.

Dubbed ‘Horror in the Hinterland’, the one-off event on Saturday 13 April will see a horde of brave film fans make their way up a dark, winding road to a pop up cinema surrounded by trees for a movie experience like no other.

A highlight of the festival, which runs from April 3-14, the 18-plus event will begin with the premiere of The Furies, the debut feature of writer/director Tony D’Aquino that has been described as “reinventing the old school slasher movie”.

With the film’s creators and selected cast in attendance, it will be followed by a screening of the 2012 twisted slasher flick Cabin in the Woods.