“The show must go on”

Quite simply a delightful piece of cinematic joy, Stan & Ollie may not reinvent any type of film-making wheel but thanks to two brilliant lead performances and a sense that everyone’s heart is very much in the right place, Jon S. Baird’s film is a treat for young and old.

Go in seeking a comprehensive Stan Laurel and Oliver Hardy biopic and you may find disappointment, Stan & Ollie is not the type of true tale film that’s filled with revealing truths or hard-hitting fact finding but Baird’s film is a lovingly crafted and beautifully played out examination of a friendship between two performers and men that achieved great things in their memorable lives.

Playing out in a very specific time frame of Laurel and Hardy’s lives, where they found themselves out of favour with most audiences and relegated to touring small time venues in England after their Hollywood careers have dried up towards the end of the 1950’s, Stan & Ollie is an intimate examination of the latter days of two icons that allows Steve Coogan and John C. Reilly the chance to deliver some of their finest big screen turns yet.

It’s hard to imagine anyone else playing Laurel and Hardy after witnessing Coogan and Reilly go to work here, Coogan’s arguably as good as his ever been as the determined Laurel while Reilly (under the guise of some impressive make-up effects) is awards worthy as Hardy, the two combining for one of the most enjoyable cinematic double acts of the last few years.

Seeing real life footage of Laurel and Hardy as the end credits roll truly makes you understand just how on-point Coogan and Reilly are in the film, there’s not a moment where you think of the actors as there real life selves, they live and breath these characters and through much reverence and respect, become them for the 90 or so minutes of Baird’s film.

Outside of the winning lead performances, that are supported well by Shirley Henderson and Nina Arianda as Laurel and Hardy’s wives Lucille and Ida, Stan & Ollie is a fond trip down memory lane where entertainment was more simple and the Golden age of Hollywood was born and for anyone that grew up as fans of the two performers, Baird’s film will bring a great big smile to your face with it’s simple, well-intentioned and heartfelt delivery of a time gone by.

A thoroughly enjoyable film, Stan & Ollie is an easy to digest delight that features fantastic performances from Coogan and Reilly, making it one of the year’s most likable cinematic experiences.

4 breakfast sausages out of 5 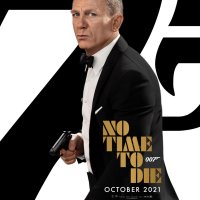 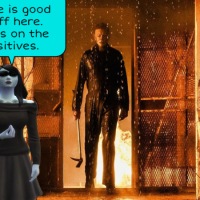