Plot – In the remote mountaintops of Columbia, a group of child soldiers known as the Monos are tasked with watching over a prisoner, a task that will see the group face a series of trials of tribulations that will provide them with their ultimate test.

A fever dream mash up of Lord of the Flies and some type of Apocalypse Now Columbian hybrid, Monos is unlike anything you’ve seen before, and while it leaves much too be desired in a narrative and storytelling sense, Alejandro Landes visually arresting and at times haunting feature is a worthy expenditure of time for foreign film cinephiles.

Set in some type of close but also oddly distant version of our reality, Monos centres around a group of child and teenage soldiers based on a cloud covered mountainscape in the Columbian wilds with the group (known simply as Monos) charged by “The Organisation” to protect a dairy cow and a prisoner of war, who they seem hell-bent on keeping imprisoned no matter the cost.

As is to be expected by a scenario that sees non-adults left alone to their own devices, desires and in possession of a dangerous array of weaponry, things for the Monos group don’t go to plan at all times with Landes and his collection of well-cast performers able to explore the animalistic nature of mankind’s behaviors and the depths we turn to when tasked with life or death options.

At all times throughout accompanied by Mica Levi’s unconventional musical score and Jasper Wolf’s eye capturing camera work (with the Columbian setting proving to be one of the film’s most unforgettable components), Monos is in many ways an accomplished production, unafraid to get dark and dangerous as it takes its viewers into some unpredictable territory that doesn’t always make for easy viewing but there’s a feeling here that Landes tale isn’t able to bring everything together at once too knock it out of the park like the film sometimes threatens to do.

After a particularly strong opening half, Monos’s inability to gift us a truly stand out lead or character to root for is a big problem for the film as it takes us into darker and darker terrain, while Landes insistence on very little explanation in the way of who the Organisation is or what exactly the Monos group are meant to be achieving stops Lande’s examination of his themes in their tracks, no more evident than by an extremely weak finale that is nothing like the strong stuff we are introduced to early on.

With its craftsmanship always on display and with its unique setting and set-up, Monos is always watchable and always intriguing, but also incessantly cold and vague, holding it back from engaging the emotions and heart like it does in the visually pleasing stakes.

There’s a lot to admire in Monos, a film that is mostly its own unique beast, but a lack of explanation, character development and a failure to stick its landing makes Alejandro Landes a good film rather than a great one.

3 freshly grown mushrooms out of 5 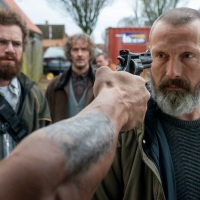 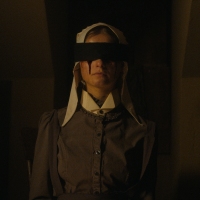 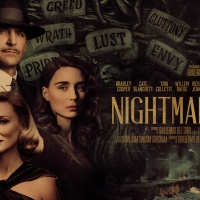 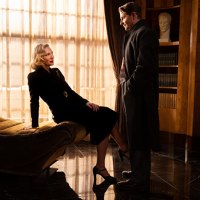