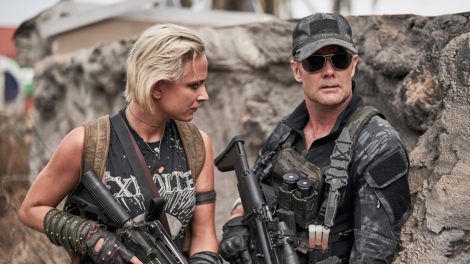 Plot – A group of mercenaries lead by grizzled veteran Scott Ward (Bautista) head into the zombie invested Las Vegas to pull off a daring bank heist before a nuclear bomb lays waste to the city of sin for good.

“If it’s a choice between dying on the Strip and spending another day flipping patties at the Lucky Boy, I’ll gamble on a few million.”

The news that director Zack Snyder would be returning to his zombie roots for the first time since his classic remake debut from 2004 with the much-loved Dawn of the Dead was received with great excitement with the announcement of his Netflix exclusive Army of the Dead the seemingly perfect vehicle for a filmmaker who had found himself lost in a collection of middling films that failed to inspire audiences like his early efforts did.

Following on closely also from his labor of love and much-hyped Justice League Snyder Cut, Army looked set to be one of the years most talked about efforts but this bitterly disappointing and lifeless (yes this is a bad thing even for a zombie film) $90 million dollar extravaganza is an instantly forgettable affair and one of the biggest disappointments yet in Snyder’s intriguing career.

With a downright delicious concept that appears perfectly suited to an incredibly fun adventure infused in action/horror genre tropes as Dave Bautista’s mercenary Scott Ward and a rag-tag group of fellow guns for hire enter into the zombie infested Las Vegas to pull of a daring heist before the United States government levels the city with a nuclear blast, Army starts off with a typically fantastic Snyder introduction that makes us believe we are about to be a part of something special only for it to quickly give way to a dull affair mixed with even duller characters as the light-hearted tone of the early moments gets pushed aside for a serious minded but seriously dumb wasted opportunity.

Like the buzz-saw one of Army’s main characters wields, a machine of death that promises some gruesome zombie carnage but remains cleaner than a freshly minted poker chip, Army is all show but no delivery as Snyder manages to waste his playground of Sin City and potentially colorful characters on a seriously tiresome heist plot with some supposedly relevant political messaging that you wish would’ve given way to the film actually having some fun and not annoying you with its terrible plot developments and executions.

With a trite script full of some high-school worthy scribing and a mostly misused array of stars that all seem unable to do much with their by the numbers characters and overlong but still unfocussed screen time, the whole concept of this team on a mission film is unable to push us through the generic action slog fest that Army becomes in its latter stages or the films more sleep-inducing early stages where you wish deeply that something or anything of note would happen and come the rolling of credits you wish you did what one hilariously underused character does early in the film and just flat out refuses to be a part of this expedition, driving off into the sunset and making a better choice to watch Dawn of the Dead again for their zombie fix.

It really does make you wonder about the future of Snyder making high-quality entertaining films again and while no one expected Army to be the new Godfather, everything was laid out before this film to make it something when it comes to big, loud and dumb entertainment only for it to be long, without voice and just frustrating to endure thanks to characters making continually bizarre choices, opportunities frequently missed and story elements making little too no sense throughout.

What should’ve been a great big smorgasbord of fun, guts and thrills is an utterly forgettable and listless 2 and half hours of wasted talent, potential and ideas that makes you wonder what on earth went wrong for such possibilities to be squandered? Snyder’s return to the realm of the living dead is likely to go down as one of 2021’s great misfires. 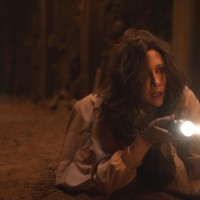 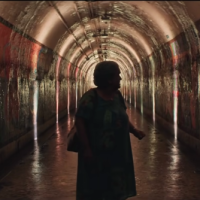 For All Your Cinematic Dreams

A Place for a Different Point of View