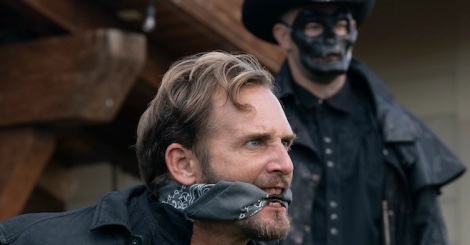 Plot – The annual “Purge” night in America is upended by a group of gun-toting maniacs that have set their sites on reclaiming their country from those they believe are not true Americans.

“The rules are broken”

From humble beginnings out of the Blumhouse production studio with the original low-budgeted Ethan Hawke starring 2013 film, horror/thriller franchise The Purge has been a film series that has refused too die and while long time stalwart behind the camera James DeMonaco has here handed the reigns over to new director Everardo Gout, The Forever Purge marks an improvement on the previous few entries into the franchise that while not setting the world on fire, at least breaths new life into a series that had grown increasingly stale.

Gathering up another ensemble of B-graders and recognisable faces such as Josh Lucas, Ana de la Reguera and Cassidy Freeman, Forever at first appears to be more of the same as the film quickly builds up towards another night of murder and mayhem as America shuts down for 12 hours to allow for complete and utter anarchy as crimes go unpunished in their allotted time-frame but thankfully we get a different taste of Purge action this time around as a group of die-hard American’s decide they’re going to keep the Purge activities going for as long as they deem fit as Gout infuses his tale with a more topical and political examination of America’s social climate at this day and time.

Setting the action in Texas and along the Mexican/USA border also ensures this film feels relatively different to its previous blood relatives as the scope opens up and the Texan vibes sink in, with the urban warfare of a Washington or New York put aside for a more rural and cowboy feel that makes this new entry at least feel fresher and more inventive than the last few entries into the franchise that had made one heavily ponder how or why these films were still being made?

Despite these small wins for the film the same problems that have reared their ugly heads in other Purge films exist here once more, with poor script work, unlikable or unengaging characters and a lack of scares hurting the films chances of becoming much more than a merely distracting and time passing experience and while Gout shows some skill with a set piece (such as a street engagement on the bloodied streets of El Passo) and some creativity behind the camera, the Purge brand is still crying out from a visionary taking its ripe ideas to another level.

As it stands, Forever isn’t the death knell to the series some may have expected this unwanted new addition to be but you do wonder how many near misses or complete misfires this property can have before its exhausted all available options to maximise the potential of what the series is built around.

Better than the last few Purge entries with a nice change of atmosphere, The Forever Purge is a watchable if unspectacular new entry to a franchise that refuses to say goodbye. 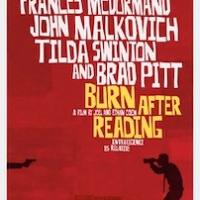 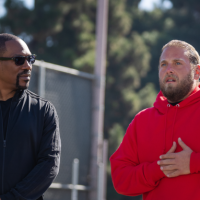 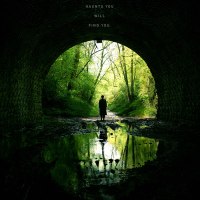 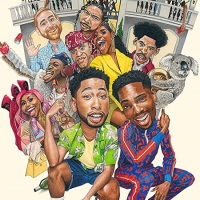 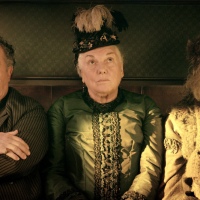 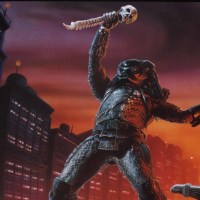