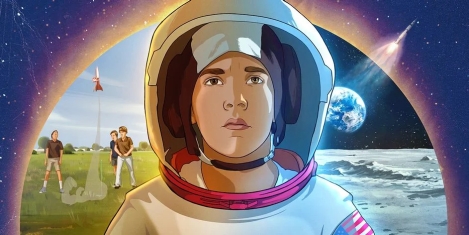 Plot – A coming of age story of young boy Stan (Coy) growing up in the town of Houston in the late 60’s where NASA was king and the moon landing had the world waiting with eager anticipation.

“I guess I was what you’d call a fabulist, which is just a nicer way of saying persistent liar”

Utilising the rotoscope animation style he perfected in his previous animated film efforts Waking Life and A Scanner Darkly, famed indie director Richard Linklater brings colour and soul to his semi-autobiographical Netflix original Apollo 10 1/2: A Space Age Adventure, in what is a nostalgia heavy trip back to the NASA obsessed state of Texas in the 60’s where man’s quest to conquer the moon was at the forefront of everyone’s minds and hearts.

One of the most purely enjoyable and laid-back films I can recall watching, Apollo 10 1/2 finds Linklater operating back at peak form after a few so-so years behind the camera with the likes of Where’d You Go, Bernadette and Last Flag Flying as he here crafts a childhood infused love letter to his own experiences growing up in the space-age era that ensures his film is one that will feel relevant and understandable to anyone who has grown up in the great big world we live in and offers a nice alternative exploration of the well-explored Apollo mission that gives us a fresh spin on the world changing events of the late 60’s.

Forgoing a typical narrative approach in favour of implementing a Jack Black lead voice over for virtually a full hour of the films 90 minute running time, a risky move that pays off big time as you are transported back to our lead protagonist and Linklater stand in Stan, Apollo 10 1/2 offers a mostly captivating experience that captures the 60’s and the NASA space age as good as any film that I could recall seeing and regardless if your interest in space is minimal or obsessive, Linklater’s film will grip when on land watching TV shows or listening to records just as much as it grips when venturing to out of space with its more fantastical elements.

One of those films you can feel coming about from lived in experiences and someones own personal memories and heartfelt musings, Apollo 10 1/2 is one of the most genuinely effective and touching features Linklater has ever produced, right up there with his most well-liked products such as the Before trilogy, Dazed and Confused and Boyhood.

While some may find the films lack of a hard narrative or non-linear plotline frustrating, for anyone willing to be taken on a trip back to a time and place that feels like a lifetime ago while also strangely feeling relevant and in touch with how life is now, Apollo 10 1/2 is an absolutely joy and a hidden Netflix gem that deserves to find as big of an audience on the platform as any of their recent Ryan Reynolds stinkers that would do well to employ some of the creativity and substance that is found in Linklater’s beautiful little film.

It may not offer anything of a revelatory nature but Richard Linklater’s newest film is a minor masterpiece and one of the best examples in recent years of a nostalgia lead trip back in time. 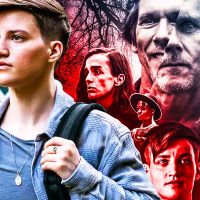 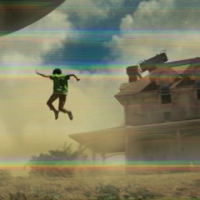 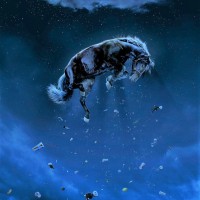 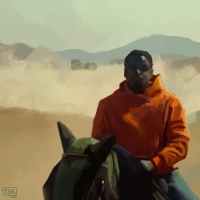 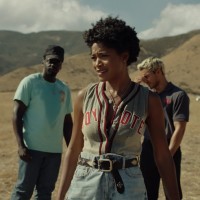 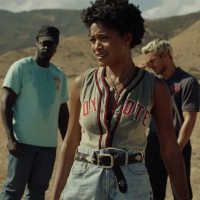 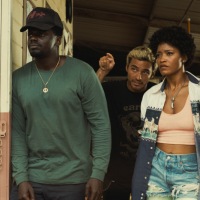 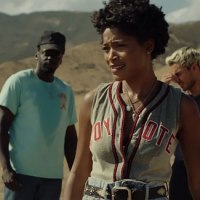 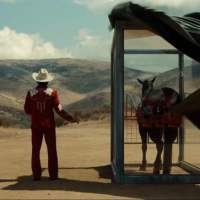 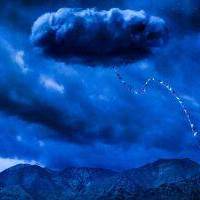 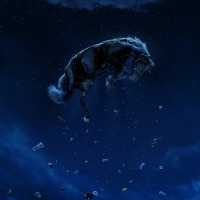