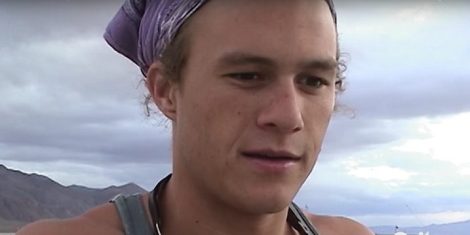 Plot – An insight into the life and times of late Australian actor Heath Ledger as his beloved family and friends talk about the actor’s career while a collection of home videos that were shot by Ledger offer an insight into the mind of the creative soul that lay at the core of Ledger’s being.

“He wanted fame but when got it, he didn’t want it anymore”

The terrible loss of Australian actor Heath Ledger at the age of just 28 will always be one of the most tragic instances of a performer cut down in their prime.

Ledger’s passing before his most iconic creation of The Joker in Christopher Nolan’s crime masterpiece The Dark Knight was released onto the world still feels rather fresh despite it being a decade ago.

One thing documentary I Am Heath Ledger shines a light on however is the fact that Ledger in the space of roughly 10 years created a career that already held a number of noteworthy turns in Brokeback Mountain, Monster’s Ball and in Australian productions Hard Candy and Two Hands.

Ledger was far from a one-trick pony and its clear to see that The Joker was but a stepping stone for the young actor to grow and prosper in his art that he was still learning to master and still learning to adapt his life around.

Given access to an abundance of homemade video’s that Ledger shot over his lifetime and also a collection of close family and friends who knew the performer as both a family member and close acquaintance, filmmakers Adrian Buitenhuis and experienced documentarian Derik Murray may not be able to decipher the enigma that was Ledger (and it’s likely the filmmaker’s didn’t want to do that) but we’re certainly given greater access than ever before into the life of Ledger, who remained until the end, an actor that wasn’t at home with all the buzz that surrounds a Hollywood player.

Those seeking an in-depth analysis of Ledger and his motivation’s will be left a little cold by this doco but Ledger was such a unique talent and individual that it’s clear we will never see someone like him again.

Totally driven to be the best he could be at whatever he was doing and dedicated to fully inhabiting his creations, Ledger was clearly a tightly wound bundle of energy and constantly in artistic thought as we’re given insight via his video’s to an artist that wanted to continually hone in on his craft and learn to get better at everything he put his hand to.

Ledger’s journey from a Perth teenager to Hollywood leading man is truly an incredible one and while it would’ve been great to not only have the access to Ledger’s journey via his videos and friends but also some insightful investigation, its likely I Am Heath ledger is as close as we’ll ever get to getting a personally glimpse into the mind and life of a now forever tragic figure.

A reminder to us all of what we lost on that fateful January day in 2008, I Am Heath Ledger is a well-intentioned tribute to Ledger and an often intimate insight into the career of one of the industry’s greatest ever young talent’s and one of Australia’s most iconic exports.

3 Burning Man road trips out of 5