Plot – When a Soviet submarine captained by Marko Ramius (Connery) goes rogue in the heart of the 1980’s Cold War, CIA analyst Jack Ryan (Baldwin) must work overtime to track down the sub and discover what Ramius has planned.

“When I’m not kissing babies I’m stealing their lollipops”

I think any fans of Tom Clancy’s Jack Ryan series of novels would agree that cinematic adaptations of the CIA agent’s exploits have been rather varied.

One of the clear standouts however is John McTiernan’s 1990 thriller The Hunt for Red October, a film that united Alec Baldwin as the famed Ryan and Sean Connery as his advisory Marko Ramius to great effect, as a thrilling game of cat and mouse took place before our eyes as Ryan (in the midst of the Cold War) set his sights on tracking down Connery’s defecting Soviet submarine captain.

McTiernan was able to bring the same solid action and thrills that he bought to the table with 80’s classics Die Hard and Predator, instilling October with a polish and energy that other adaptations of Clancy’s novels failed to do.

It’s impressive that the film holds your attention for so long and constantly remains tense throughout even though you do wonder more than once how on earth Connery was cast or why he was cast as a Russian when he doesn’t even try in the slightest to hide his thick Scottish accent that was a trademark of his screen career.

Surrounded by an all-star cast of supporting players such as Sam Neill, Jason Isaac, James Earl Jones, Scott Glenn, Tim Curry and a very early screen appearance from Stellan Skarsgård, Connery has a blast playing his mysterious character that could just be the one to bring about nuclear devastation upon an unsuspecting United States as his state of the art submarine makes its way across the waters, but its Baldwin who shines brightest among the loaded ensemble.

While John Krasinski has made Ryan his own of recent times in the hit TV show and Harrison Ford made an impression with a collection of 90’s thrillers, Baldwin is at the peak of his charismatic powers here as a fresh from the desk Ryan who is thrown into a situation he had very little time to plan or prepare for.

As the clock ticks and the quest to discover the whereabouts of the Soviet submarine intensifies, Baldwin is on his game throughout and while he doesn’t get to spend as much screen-time as you would’ve liked playing against Connery, there’s a case to be made that Baldwin is the best big screen iteration of the famed literary figure.

A whole lot of fun and wonderfully bought to the screen by genre master John McTiernan, The Hunt for Red October may not have anything of a lasting substance but for a cold war thriller, its A-grade stuff. 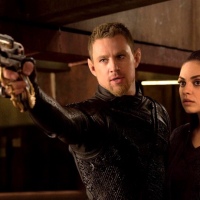 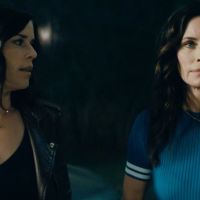