Director – Miles Joris-Peyrafitte (As You Are)

Plot – During the heat of the Great Depression, lonely Texan teenager Eugene Evans (Cole) strikes up a friendship with on the run bank robber Allison Wells (Robbie) as the two hatch a plan to escape the country and strike it rich along the way.

Before we go too far into discussing the wannabe Badlands that is Dreamland, how on earth was Garrett Hedlund talked into appearing in this movie for what can only be described as a glorified cameo as Margot Robbie’s doomed bank robbing partner Perry? A talented performer but lost in the Hollywood wilderness, seeing Hedlund in such a role is a sad occurrence.

With that out of the way we can now freely talk about up and coming director Miles Joris-Peyrafitte’s pretty too look at but emotionally cold drama that spends much of its screen time wasting the talents of Peaky Blinders star Finn Cole and Australian starlet Margot Robbie on a stale and familiar depression set crime tinged love drama that has elements of an appealing nature but mostly squanders it as it limps towards its end goal.

Following Finn’s crime and detective obsessed Texan teenager Eugene who conveniently and randomly comes across Margot Robbie’s wanted bank robbing criminal Allison, as the two strike up a friendship and potential partnership that will see them make a run for the Mexican border, Dreamland’s generic set-up could’ve provided some cheap and easy thrills but it feels like spends forever getting out of third gear in an hour long prologue of sorts that can’t make us care about the final destination of Eugene and Allison as their rushed story races towards us.

There’s not a lot of chemistry here between Cole and Robbie, not to say Finn’s eerily Heath Ledger like performance or Robbie’s damsel in distress are overly bad but together they can’t make this low budget affair spark to life as we get a lot of overlong conversations and unbelievable relationship movements between the two, meaning we never really believe what the film is selling or what these two lost souls see in one another as they dream big and aim to escape the dreary life they’ve found themselves in.

Had Eugene and Allison been established in a more likable and intriguing manner its likely the films chances of becoming something more enjoyable or memorable would’ve hugely increased but as it stands Dreamland feels all at once like a poorly paced and in the end rushed affair that fails to make us care, meaning any messages its trying to get across or entertainment the film is trying to provide falls mostly flat.

A largely lifeless and familiar crime drama with a wannabe romance angle, Dreamland squanders a solid cast (seriously how did Hedlund end up here?) and a decent story arc as it fails to stand out from a crowded sub-genre of depression set dramas.

2 Texan Vikings out of 5 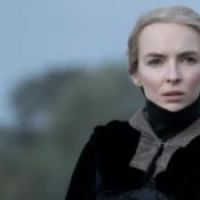