The Shawshank redemption; more than just a “prison” film

Sometimes we might not like to readily admit it, but it’s unlikely that anyone who enjoys watching films on a regular occurrence hasn’t had an experience where a film has made them cry.

Maybe just one solitary tear, but its a tear nonetheless.

One of the rare artforms that manages to transport us to another place and time and sometimes connect deeply with our own personal circumstances or experiences, movies can often be a transformative and engaging medium that can conjure up all types of emotions in the audiences that they find themselves consumed in.

When you look over cinematic history there are a number of highly emotional and poignant films, some with small moments others filled too the brim with confronting and intensely devastating regular ones but below are a list of films that have managed to affect me and I’m sure many others as well.

While we often watch films to be taken away from the grind or trials of everyday life and the instances it throws at us, sometimes a good old fashioned cry is exactly what you need and a reminder to us all that films are an important and powerful part of who we are as a species.

Some usual suspects that missed the list – The Lion King, Up, Grave of the Fireflies, The Notebook, Saving Private Ryan, Dead Poets Society, I Am Legend, Hachi: A Dog’s Tale, Good Will Hunting, Manchester by the Sea, Toy Story 3, Titanic, Harry Potter: And the Half-Blood Prince.

The story of a son’s conflicting memories of his dying father.

Based on the true story of author Blake Morrison’s relationship with his eccentric father Arthur, Anand Tucker’s underseen yet beautifully humanistic drama is a gem of a film that benefits greatly from the central performances of British veterans Jim Broadbent and Colin Firth. An extremely moving experience for anyone that’s shared a close bond with their dad.

An American military advisor embraces the Samurai culture he was hired to destroy after he is captured in battle.

Some may dismiss The Last Samurai as merely another “Tom Cruise vehicle” but Edward Zwick’s sumptuous epic is something else entirely than merely another Hollywood product out of the endlessly turning wheelhouse. The friendship between Tom Cruise’s American solider Nathan Algren and Ken Watanbe’s samurai leader Katsumoto forms the backbone of this beautiful film that is one of the great samurai set films of all time.

Kleenex moment – The films final epically staged battle will ensure there’s not a dry eye left in the house.

A FedEx executive undergoes a physical and emotional transformation after crash landing on a deserted island.

Thanks mostly to the tireless work of its lovable leading man Tom Hanks and the arguably never better direction of famed filmmaker Robert Zemeckis, Cast Away is a captivating and a frequently heartbreaking tale that against all the odds makes us care for an inflatable volleyball. A film that can be enjoyed by a wide ranging age group and people from all backgrounds, Cast Away is a universally appealing film that would take a cold heart to be unswayed by.

Two imprisoned men bond over a number of years, finding solace and eventual redemption through acts of common decency.

A story about prison inmates doesn’t exactly scream emotional rollercoaster but the timeless classic that is The Shawshank Redemption is a film that will induce grown men to tears both from sadness and happiness. Brilliantly adapting Stephen King’s short story, director Frank Darabont created something truly special with his life-affirming tale and its likely this gem of a film remains one of the most respected films ever made well into the future.

Kleenex moment – As old timer Brooks makes his way out of prison for the first time in what seems like an eternity, composer Thomas Newman and director Frank Darabont ensure even the toughest hearted of viewers will have a hard time holding back the tears. 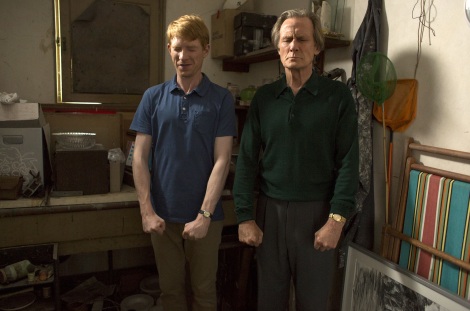 At the age of 21, Tim discovers he can travel in time and change what happens and has happened in his own life. His decision to make his world a better place by getting a girlfriend turns out not to be as easy as you might think.

On surface value you may think your getting a light-hearted sci-fi infused romantic comedy from Britain’s Richard Curtis but About Time may shock you with how emotionally poignant it is as it shines a light on the father son relationship between Domhnall Gleeson’s time travelling Tim and his father played by the always likeable Bill Nighy. A wonderful mix of genres, About Time is one of the finest romantically tinged hybrids of the last decade.

Kleenex moment – Pretty much anytime Bill Nighy shows up in the films latter stages its ensured that this supposed sci-fi infused rom-com is anything but a jolly time. 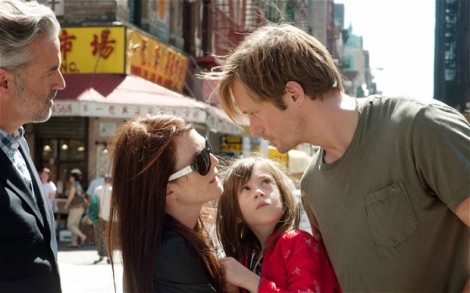 In New York City, a young girl is caught in the middle of her parents’ bitter custody battle.

A modern day Kramer vs. Kramer that deals with a messy separation through the eyes of Onata Aprile’s titular Maisie, Scott McGehee and David Siegel’s underappreciated classic is one of the finest films of its kind and provides viewers with some devastatingly raw and real moments that allow us to view such traumatic experiences as if we were a wide eyed little one.

Kleenex moment – Young actress Onata Aprile’s brilliant performance is one that will have viewers on the verge of tears more than once as she’s stuck in a hopeless situation that is beyond what she should be dealing with at her tender age.

A linguist works with the military to communicate with alien lifeforms after twelve mysterious spacecraft appear around the world.

I still distinctly recall being taken aback from the first moments of Denis Villeneuve’s film as I sat in a dark cinema one the launch day of Arrival’s release. Expecting a somewhat generic and spectacle filled alien invasion film what I was greeted with was anything but. One of the great Sci-Fi films of all-time, Arrival has a poignant and affecting power running through its core narrative that is finalized with one of the most memorable and heartbreaking final few minutes of cinema in some time.

The story of Togo, the sled dog who led the 1925 serum run yet was considered by most to be too small and weak to lead such an intense race.

There’s no doubt that a list such of this could be made up entirely of animal/dog filled dramas but one that stands out in the crowded pack is the Disney+ release Togo. The true story of the great Alaskan serum run of 1925, Togo is also a touching and unforgettable examination of the bond between man and dog that culminates in a Max Richter scored finale that will leave viewers both heartbroken and inspired.

Kleenex moment – The true reason behind Togo’s motivation becomes apparent and so do our tears.

A filmmaker decides to memorialize a murdered friend when his friend’s ex-girlfriend announces she is expecting his son.

The type of documentary that is best left for viewers to discover for themselves with as little pre-knowledge as possible, Dear Zachary is a film that has long been spoken about here on the Movie Guys blog and for good reason. Kurt Kuenne’s lovingly crafted tribute to his dear friend is simply unforgettable and has more than its fair share of emotional gut punches that will leave you reeling and devastated like very films could even imagine doing.

Kleenex moment – Just when you think the worst has come, this documentary takes a wild turn that will leave you shaken. 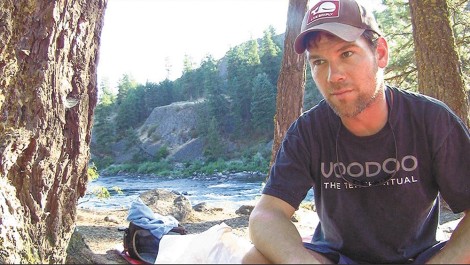 An inspirational examination of ex-NFL player Steve Gleason’s battle with ALS and his wish to leave a lasting log of memories for his first child, Gleason is a litmus test to see if viewers have a human soul as anyone remaining unmoved by such a raw and insightful tale must surely be made of a different substance than the rest of us.

Kleenex moment – Steve’s video diary accepting the fact he no longer has long left when it comes to verbal communication is heartbreaking stuff.

What are the films that get your emotions going? Let me know in the comments below!

27 responses to “10 Movies That Will Make You Cry”