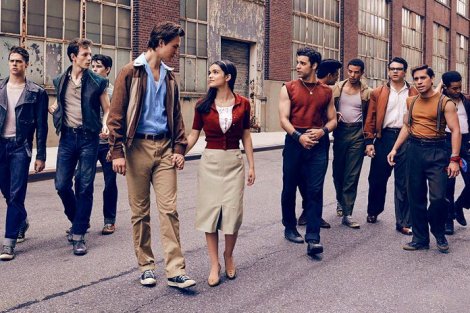 With 2019 behind us, it’s time we start looking forward to what 2020 has in store for us movie wise and with some of the world’s best and brightest filmmaking talents lined up to deliver projects, this year should be quite the cinematic delight!

Some of the film’s chosen in this list could be anything, good, bad, all things in between but one thing is for sure, on paper there are some intriguing and downright fantastic ideas being conjured up for us to enjoy and I for one can’t wait to see what becomes of these concepts.

Fingers crossed that the film’s you read about below end up being half the events they could be, as if that’s the case, we’re all in for a rip-roaring year of movies. Strap yourselves in and enjoy the ride. 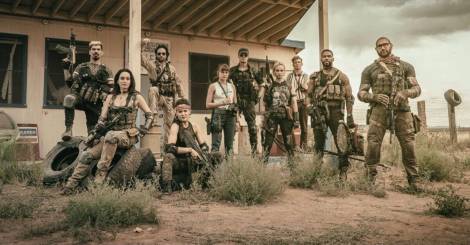 After years in the superhero space, Zack Synder returns to his zombie roots

Following a zombie outbreak in Las Vegas, a group of mercenaries take the ultimate gamble, venturing into the quarantine zone to pull off the greatest heist ever attempted.

It’s been a long time since we’ve seen the best of Zack Snyder but if there was ever a time for the once well-renowned filmmaker to get back on track it would be in the zombie genre that he initially made his mark on with his oddly great remake of Dawn of the Dead. Army of the Dead takes a high concept idea and mixes it with some fun casting choices, here’s hoping it delivers some action and excitement to boot!

West Side Story could be the years biggest musical hit

An adaptation of the 1957 musical, West Side Story explores forbidden love, and the rivalry between the Jets and the Sharks, two teenage street gangs of different ethnic backgrounds.

His achieved a lot in his time in the industry but for all the various projects his worked on, Steven Spielberg has never made a fully-fledged musical and what a way to enter into the genre with an adaptation of the beloved West Side Story. A film with a prime time box office taking release date and potential awards season run, it appears as though Spielberg and his Hollywood backers have high hopes for what is hopefully an energetic and visually dazzling ride through New York City.

8. News of the World 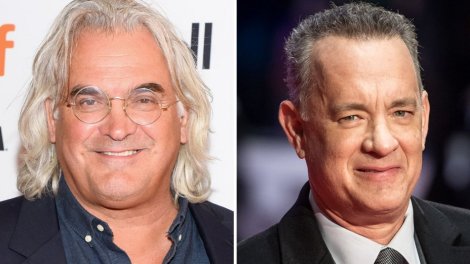 A Texan traveling across the Wild West bringing the news of the world to local townspeople, agrees to help rescue a young girl who was kidnapped.

Captain Phillips duo Paul Greengrass and Tom Hanks reunite for what sounds like an extremely unique western, one that hopefully features more of the same thrilling tension and character beats that made their previous collaboration such an effective experience.

The Austrian Blessed Franz Jägerstätter, a conscientious objector, refuses to fight for the Nazis in World War II.

If you dislike Terrence Malick, it’s highly likely that you’d be giving A Hidden Life a very wide berth but from all reports this true life tale of conscientious Nazi objector Franz Jägerstätter sees the esteemed director return to a more narrative driven drama that he first made his name with, a fact sure to inspire much hope amongst those viewers that fell in love with Days of Heaven and Badlands all those years ago.

On a post-apocalyptic earth, a robot, built to protect the life of his dying creator’s beloved dog, learns about life, love, friendship and what it means to be human.

If I were to nominate a film most likely to make you cry in 2020, I would be putting up BIOS as a clear front-runner. Director Miguel Sapochnik has made a name for himself in the industry after helming some of the most praised episodes of hit HBO series Game of Thrones and by teaming up with industry veteran Tom Hanks, there’s a very real possibility that BIOS makes its mark in a big way come October.

Bond has left active service. His peace is short-lived when his old friend Felix Leiter from the CIA turns up asking for help, leading Bond onto the trail of a mysterious villain armed with dangerous new technology.

I’d be the first to admit that I find the most recent of overpraised Bond films less the sum of their proposed parts but after the firing of Danny Boyle and the hiring of True Detective season 1 director Cary Joji Fukunaga, this reported finale to the Daniel Craig staring Bond era should be a very special treat for cinemagoers. With a loaded and eclectic cast, No Time to Die could be the crowning achievement in the Bond franchise.

Last Night in Soho should be a colorful horror treat

A young girl, passionate in fashion design, is mysteriously able to enter the 1960s where she encounters her idol, a dazzling wannabe singer. But 1960s London is not what it seems, and time seems to fall apart with shady consequences.

Returning to his horror roots, Edgar Wright should be set to deliver a unique and must-see experience with Last Night in Soho. A film with some of the brightest young stars going around attached and a concept that should be all types of entertaining, Soho could be one of the film’s of the year should all the stars align.

It’s been sometime since we’ve seen David Fincher behind the camera of a feature, so Mank is an exciting proposition

After failed attempts to get World War Z 2 off the ground and a successful partnership with Netflix thanks to the brilliantly realised Mindhunter series, David Fincher will finally return to the feature length director’s chair with his examination of real life screenwriter Herman J. Mankiewicz and his trials to create Orsen Welle’s revered Citizen Kane. Perhaps a film purely for cinema-buffs, this Gary Oldman lead drama could be one of the year’s big awards players. 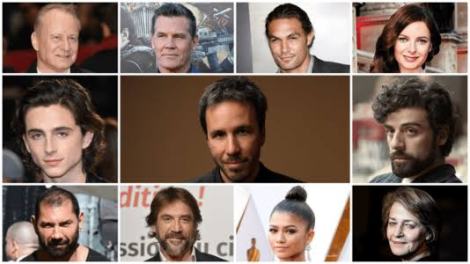 Feature adaptation of Frank Herbert’s science fiction novel, about the son of a noble family entrusted with the protection of the most valuable asset and most vital element in the galaxy.

Not having put a foot wrong in the last decade, filmmaker Denis Villeneuve takes on one of his biggest projects yet with his attempt to finally do justice to Frank Herbert’s much loved Dune universe. With a genuinely stunning cast full of some of Hollywood’s elite performers, Dune promises to be one of the year’s most spectacular events, that also could be one of the best. 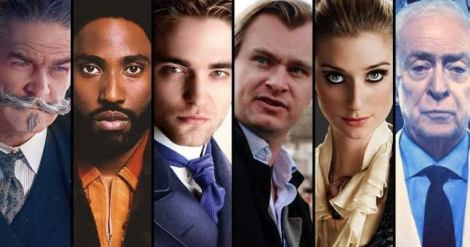 As is the cast with any Nolan film, Tenet features an all-star cast

The plot is currently unknown. The project is described as an action epic revolving around international espionage, time travel, and evolution.

Not a lot is known about Tenet, Christopher Nolan’s latest attempt to boggle the mind and wow audiences across the globe but it’s safe to say regardless of what the film ends up being, you’ll want to be seeing this on the biggest screen possible. Moulding time travel and espionage in a way that only Nolan can dare dream to do, Tenet could well be another mind-blowing entry in the increasingly impressive catalogue of Nolan films.

Best of the Rest:

A fictionalized chronicle of the inner life of Marilyn Monroe

A love letter to journalists set in an outpost of an American newspaper in a fictional 20th-century French city that brings to life a collection of stories published in “The French Dispatch” magazine.

In the 1960s after World War II in Southern Ohio, bizarre, compelling and mentally disturbed people suffer from the war’s psychological damages.

An Army medic suffering from post-traumatic stress disorder becomes a serial bank robber after an addiction to drugs puts him in debt. 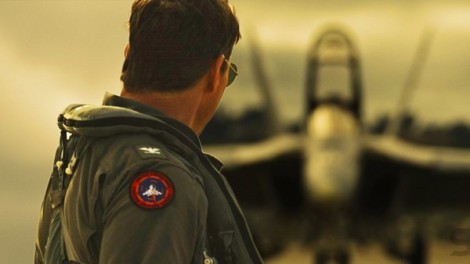 Mavrick is back and is feeling the need for speed

The plot is unknown at this time. Sequel to Top Gun.

The story of 7 people on trial stemming from various charges surrounding the uprising at the 1968 Democratic National Convention in Chicago, Illinois.

A truffle hunter who lives alone in the Oregonian wilderness must return to his past in Portland in search of his beloved foraging pig after she is kidnapped.

The saga of the Eternals, a race of immortal beings who lived on Earth and shaped its history and civilizations.

A scientist, alone in the Arctic, tries to make contact with a spacecraft returning to Earth.

What films can’t you wait to see in 2020? Let me know in the comments below!